Why Does The IRS Want You To File Your Taxes As Early as Possible? 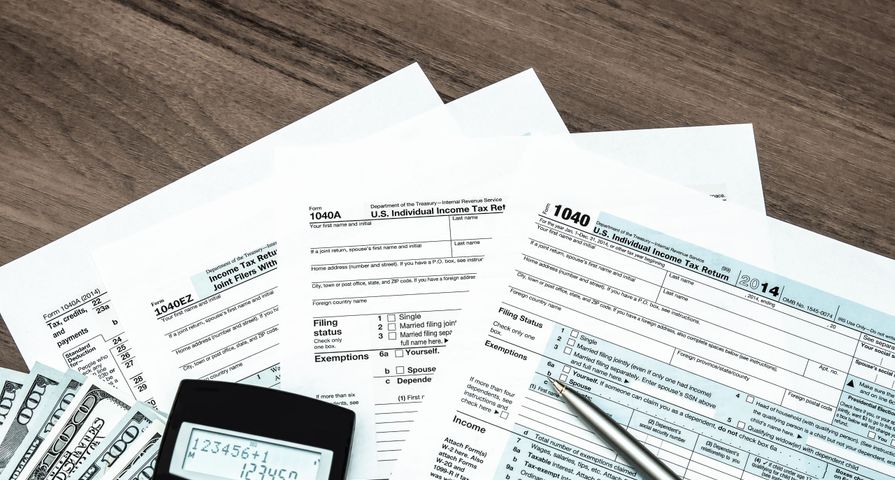 10 Tax Tips for People Working and Living in Different States

The IRS will happily tell you every single year that you should file your taxes as soon as possible. Many of us do exactly that. However, there’s always those procrastinators who leave everything to the last minute. Whether they are trying to ignore a coming tax bill or just bad at time management, the IRS really doesn’t like it when things come in right at the deadline. But it’s not for the reasons you probably think.

The IRS doesn’t actually care about the surge in work that the income tax filing deadline creates. Sure, you might have to wait a bit longer to get your response. That’s a bit annoying if you’re getting a refund, but hey, it’s your own damn fault for putting it off.

No, the real reason the IRS wants you to file your taxes as soon as possible is that it prevents tax fraud. Specially, a type of fraud known as tax refund fraud. Different from trying to cheat on your own taxes, tax refund fraud is when someone else tries to file a return for you and claim your refund first. It sounds crazy, but it happens way more often than you think.

According to the IRS themselves, they rejected or suspended 4.8 million returns in 2015 alone based on suspicion of refund fraud. A Florida woman was recently convicted of filing more than 100 fake tax returns between 2012 and 2014. She was able to steal $128,000.

The IRS is actively trying to fight back against tax refund fraud. They are working with state tax agencies and tax preparation companies like Tubro Tax and H&R Block to make it harder. While the number of instances has gone down in recent years, it’s still a concern. The growing number of online data breaches makes it even easier for an opportunistic criminal to buy up your details and try to cash in at tax time.

Someone Stole my Refund!

There are a bunch of steps to follow if you think (or know) that someone tried to steal your tax refund. The IRS made a list of suspicious signs that someone has tried to file taxes on your behalf. They include the following things.

Here’s some additional advice. If you get an email from a tax preparer (that you’ve never used) about a new account, don’t just assume it’s spam. It’s worth a phone call to the company to find out if it’s legit or not. You should also check the earnings statement of your Social Security Administration at least once or twice a year. If you see some earnings that obviously don’t belong to you, it could be a sign that someone is scamming you.

Hopefully, you have not previously been a victim of tax refund fraud. Let’s keep it that way! There are a few things you can do to actively prevent falling prey to this scam. For starters, let’s go back to the very start of this article: file your tax return as soon as possible. When you file a legitimate return, it makes it much harder for a fraudulent return to go through. At the very worst, both you and the scammer will receive a letter asking for more proof of your identity. You have that. The scammer does not. Most likely, the scammer will give up at any sign of resistance to avoid being caught.

You should also check your credit report regularly. This is good financial advice in general. You want to make sure nothing pops up that you don’t recognize.

Finally, the IRS is rolling out a PIN system. It’s not available everywhere yet, but it will be soon enough. It consists of a six-digit PIN number that you’ll need to use to file your tax return. Consider it an extra layer of security on top of needing your social security number and other identifying info, like your address. Residents of Arizona, California, Colorado, Connecticut, Delaware, District of Columbia, Florida, Georgia, Illinois, Maryland, Michigan, Nevada, New Jersey, New Mexico, New York, North Carolina, Pennsylvania, Rhode Island, Texas or Washington can already get an IRS PIN if you filed a federal tax return in 2019. For everyone else, consider getting one as soon as it becomes available.

How to Fix It

If you’re only coming to this article after it’s too late and your refund has already been stolen, we sympathize. It sucks. But don’t lose hope yet. There are a few more steps you can take to fight back.

First of all, never ignore a notice from the IRS or state tax authorities. Even if you open up your mail and think “oh, this is my name but the address is wrong” and discard it into the trash, that’s a problem. Always take these notices seriously, and respond appropriately if necessary.

Second, if your tax return gets rejected because someone already filed one in your name, fill out an Identity Theft Affidavit (Form 14039) immediately. Mail it to the IRS. You should also tell the Federal Trade Commission that your identity was stolen using their online portal.

Next, request a copy of the fraudulent tax return that has been submitted in your name. Knowing the incorrect information on it will give you some leverage to convince the IRS it’s wrong.

It’s worth filing a report to the local police. They aren’t likely to do anything about it, but at least you’ll have evidence that you reported a crime if the IRS asks. Keep a copy of the report. If your identity has been stolen, you’ll want to keep a record of everything related to it. Otherwise the IRS or other credit lenders may not be convinced you are a victim.

Finally, take whatever steps necessary to freeze your credit. Place a fraud alert on your credit report. That will make it much harder for anyone with your information to do anything, including trying to claim your tax refund.