What is OASDI Tax? Understand Old-Age, Survivors and Disability Insurance 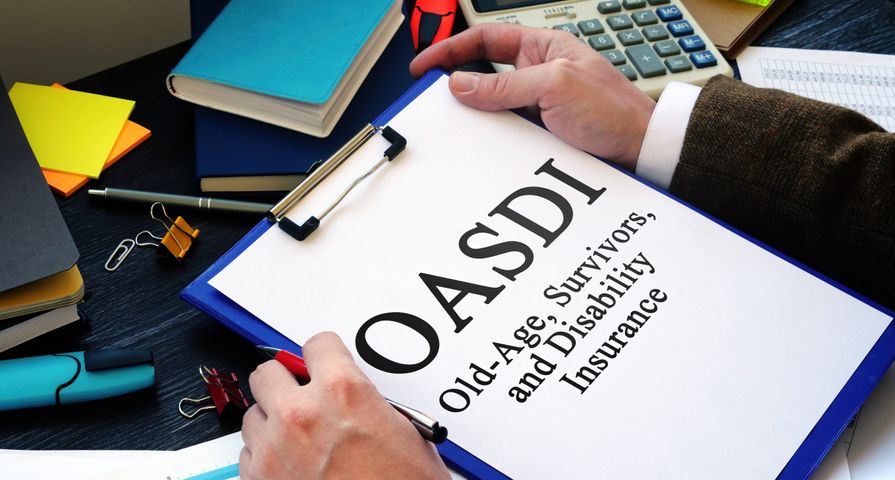 You may have heard the argument that Social Security is not really an entitlement program. Some will insist it’s actually a benefit that you’ve paid into your entire working like. While we can argue about the wording all day, the fact remains that money is deducted from the paycheck of every working American. That money is (partially) used to pay for Social Security, for the retired or disabled. You may have heard about a particular deduction called Social Security tax. The official name, though, is actually OASDI Tax. That stands for Old-Age, Survivors, and Disability Insurance Tax. But exactly what is OASDI?

You Pay Half, and The Employer Pays the Other Half

Currently, the OASDI tax is set at 12.4% of your salary. The good news is that this amount is split between you and your employer. This means that 6.2% of your gross income is deducted from your paycheck, while your employer also contributes 6.2% on your behalf.

Self-employed individuals don’t have it nearly as good. Since they work for themselves, they are essentially both the boss and the employee. As far as OASDI tax is concerned, they have to pay the full 12.4% on their own.

You don’t have to pay Social Security tax for every dollar you earn though. That’s because OASDI tax only applies up to a certain salary ceiling. This amount rises with inflation, but it’s set at $142,800 for 2021. This translates to an employee having to pay a maximum of $8,853.60. (Or $17,707.20 for a self-employed individual.) That’s the most you’ll owe, no matter how much higher your income may rise.

If you have your Social Security Statement handy, you can quickly look up the taxes you’ve paid into the system. Even if you don’t, it’s easily accessible through the official Social Security website. You need to sign up for an account if you don’t already have one. However, I highly recommend you take the time to do it. You’ll want to be able look into your earnings history and make sure their records are correct.

Be prepared to see some big numbers if you’ve worked for any length of time though. I’ve helped quite a few people navigate their SSA.gov account. I routinely see amounts paid into Social Security in the tens of thousands. Add in the employer portion as well and the total can easily be well into six figures. After all, 12.4% of your income every year really adds up!

Social Security started as a program in August of 1935. The initial tax was set at just 1% of your salary. The employer match has always been there from the beginning, though. So 2% of salaries was the original contribution amount. The tax rate jumped fifty-percent to 3% total in 1950. It doubled by the time 1960 rolled around. By 1878, it was already past the 10% mark. It kept going up gradually until 1990 when it settled on a total of 12.4% of total income.

What hasn’t changed is that the employer and employee generally contribute the same amount for most years. And I say generally because there was a short period of time in 2011 and 2012 when the government temporarily cut the employee part of Social Security to 4.2%. If you look at your lifetime contributions and wonder why there’s a discrepancy between what you paid and what your employer paid, this might be why.

OASDI Tax is Part of Your Paycheck Deductions

The OASDI tax is significant, but it’s not the only deduction you see every paycheck. Another term you might have heard before is FICA tax. FICA is short for Federal Insurance Contributions Act. It’s basically the OASDI tax, combined with the Medicare taxes. The FICA tax, plus any taxes levied by the state, makes up most of what is known as “payroll taxes.” Most employees in California, for example, pay into the State Disability Insurance (SDI) system too. It’s an extra 1.2% of your salary, up to $128,298.

Employers are generally required to deduct your tax withholding at the Federal and State level, along with any payment you make into the various insurances you pay through your employer. Add that all up and it equals your payroll deduction. No wonder your take home pay is not nearly as high as your annual salary implies.

No one likes to see those taxes taken off their paycheck. However, it’s a inevitable reality of life. It all makes sense once I did the math, but I was shocked to find out that I’ve already paid tens of thousands of dollars into the OASDI program through the years. It’s downright scary when I realized I would pay tens of thousands more into the system by the time I retire.

Then again, Social Security is a really good deal once you realize how much benefit you’ll get at retirement time. I’m already lined up to receive more than $1,000 a month when I stop working, even if I suddenly stopped working this week. Add my wife’s estimated check and you can pretty much double that amount. Unlike other taxes, at least the OASDI tax is designed for our benefit in the future.

Think of the OASDI tax like forced savings (with a generous match from your employer). Having the employer contribute 6.2% of your salary into the system is really like earning a 6.2% raise. You won’t get to spend the money until you retire, but at least it’s there waiting for you!