What Is FICA Tax and How Does It Work? 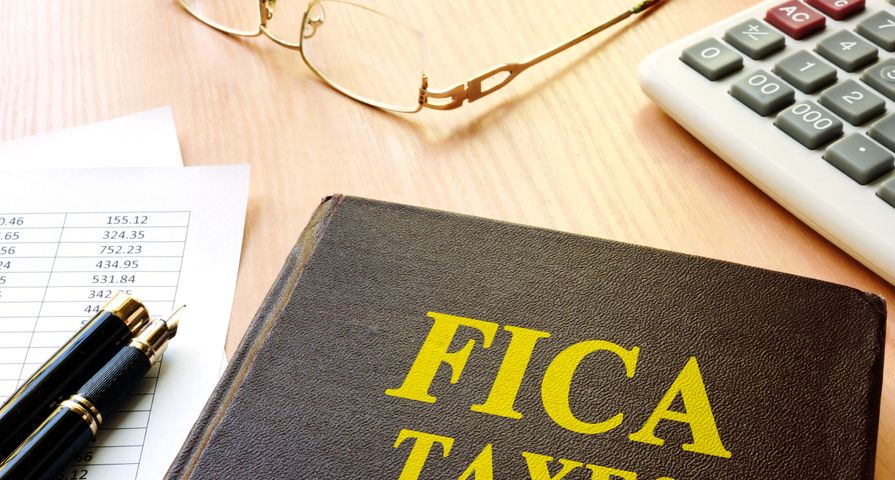 If you’re traditionally employed in the United States, you’ve likely glanced at the line-by-line breakdown on your paystub before. You’ve probably noticed a deduction called FICA Med or FICA Social Security. It might even stand out to you. That’s understandable, since it’s easy to see when money is taken out of your paycheck. It’s also natural to wonder what FICA tax is and why you have to pay it.

The acronym stands for Federal Insurance Contribution Act. Simply put, it’s a tax collected for two public benefit plans. The shortest explanation is that FICA Med goes towards supporting Medicare, the primary health coverage for elderly and disabled people. The other part, FICA Social Security, acts as a record of your wages or self-employment earnings. This earns you credits that will go towards your own public retirement benefits when you are old enough to leave the workforce.

Payroll tax is a big deal. In 2019, it generated $1.2 trillion in revenue for essential programs to support the elderly, disabled, and children. However, it’s worth noting that while there is an upper cap for FICA tax of $137,000. There is no lower limit, though.

Understanding what FICA tax is, how it’s calculated, and what it’s used for can help demystify the process a bit. After all, it can be very confusing to watch money disappear from your paycheck without explanation.

FICA, You, and Your Employer

If you have a traditional employer, then your FICA tax rate is 7.65%. That’s not insignificant, but it could be a whole lot worse. Your take home pay will still feel it, depending on your income level. Unfortunately, your employer keeps a lot of the process invisible. They also do most of the work for you.

Your employer does a couple things on your behalf. First, they automatically deduct FICA tax from your paycheck. That relieves the burden on you of needing to regularly submit quarterly taxes — more on that later. Next, your employer actually matches your FICA contribution. That means that you pay 7.65% in FICA taxes from your payroll, and your employer pays an additional 7.65%. They do this for every employee on their payroll.

FICA Taxes if You Are Self-Employed

As usual, things are a little bit more complicated if you’re self-employed. If you’ve been self-employed for a while, this is probably not new to you. However, if you’re expecting to pay taxes on your side hustle for the first time, you’re really going to want to pay attention to this.

We already mentioned that employers shoulder half the burden of FICA tax for each employee. However, self-employed people are responsible for the full amount at 15.3%. If you are self-employed, you will pay FICA as part of your estimated quarterly tax. Keep in mind that even after paying your estimated quarterly taxes, you will also need to submit a yearly tax return. This is why documentation and record keeping is so important.

If you’re smart, you’ll set aside a percentages of every check you get as a freelancer. It can be absolutely vital to avoid a shock tax bill down the road. You really can’t wait to do your taxes until the end of the year like everyone else. (Although in reality, no one should only think about taxes once a year.) For the self-employed, it’s extra important to be on top of taxes and paying them regularly. The FICA taxes are a big part of why that is.

How is FICA Calculated?

FICA tax rates are set by the Social Security Administration (SSA). We will do our best to maintain this article with the most up-to-date rates and information, but the exact numbers could change yearly. The maximum cap on payments could be raised or lowered. Additionally, the percentage of the payroll tax itself could always be raised. Usually, this is to account for inflation.

What Does FICA Pay For?

FICA tax primarily goes towards two things. Medicare, which is the public healthcare benefit that supports seniors and disabled people, and Social Security. It works by having workers of today fund the system for those who needs it, with a promise of being supported themselves when they reach retirement age. Roughly 61 million people are receiving Social Security benefits as we speak. That’s about one out of every five Americans.

As the population slowly gets older on average, the FICA tax is going to continue to be an important source of government funding. That 7.65% is not an insignificant amount —especially your income is already below the federal poverty line. Just keep in mind that you’re paying for benefits you will receive yourself some day, when it comes time to retire.

Cora is a Northwest-based writer and editor who wants to make information as accessible as possible in the internet age. Video games are this writer’s primary vice. With a degree from the University of Washington as well as 5+ years of experience in web writing and publishing, Cora is here to share financial tips from experts and talk about good habits.