Things You Should Know Before Donating to Charity 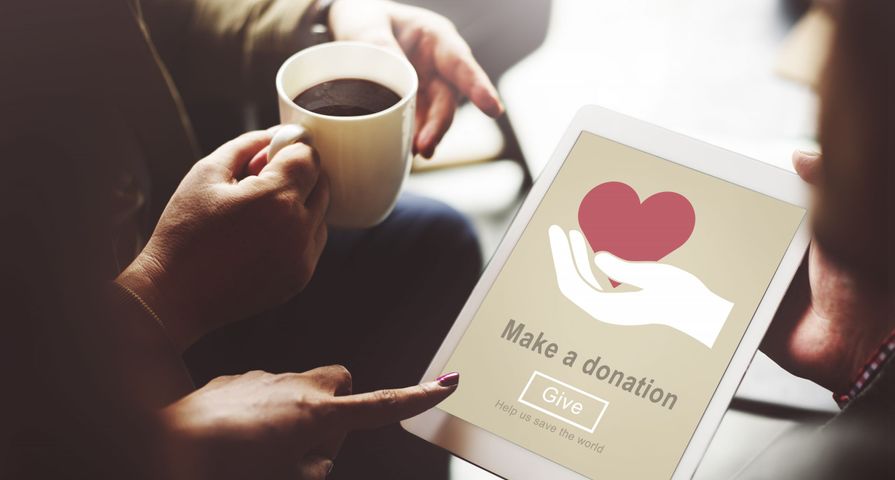 Those IRS Letters About Garnishing Your Stimulus Were a Mistake

Donating to charity is a popular way to help your community. It can also deliver tax savings, but only if you donate to a reputable aid organization. Some donors don’t do their due diligence before contributing. That leaves them on the hook for taxes they thought they were going to avoid. Even worse, their money ended up in the hands of a group that may not use it for its intended purpose.

Fortunately, it’s fairly easy to separate the proverbial wheat from the chaff when it comes to charitable donations. By doing your own research, asking the right questions, and learning the warning signs of a questionable charity, you can avoid scams and unpleasant surprises at tax time.

Some people prefer to donate to large, well-known national and international charities like the American Cancer Society or the Red Cross. Given their high profile, you can count on these organizations to be trustworthy. They will use your money wisely and effectively. You’re certainly welcome to dig into the official numbers published by these organizations if you like. However, careful research is a far more immediate concern if you’re considering a smaller, lesser-known, regional, or local charitable group.

Here are some tips to guide your initial search for a charity to support.

Find a Cause That Inspires You

Don’t just give for the sake of giving. Instead, give to a cause that resonates with you on a personal level. You’ll be more invested in the process. There are thousands upon thousands of reputable organizations doing worthwhile work, and you can’t possibly support them all. Make a list of causes that matter to you the most. Perform searches using tail phrases like “reputable charity,” “best charity,” or “tax exempt charity.”

Many charities use deliberately vague, high-level phrases like “fight poverty” or “eradicate disease.” Our least favorite is “raise awareness.” That can basically mean anything at all. They do this to broaden their appeal to the largest possible group of potential donors. However, you should dig deeper. Look for specific, actionable steps they take in support of their stated mission. These should be clear, easy to understand, transparent, and prominently featured in the charity’s literature or website.

Decide How to Allocate Your Money

Your search may uncover a relatively long list of groups doing work you agree with. If so, you’ll need to make a decision. Should you give a little bit of money to a lot of different groups? Or a lot to one group (or just a few) groups? There’s no right answer to this question. It’s up to you to determine, but now is the time to figure it out.

Once you’ve created a shortlist of groups you’re interested in donating to, continue to the all-important due diligence phase.

In doing your background research, the main thing to focus on is how the charity uses donor funds to work toward its objectives. Charities are required by law to release detailed financial information in order to maintain their tax-exempt statuses. All reputable charities openly offer financial statements to anyone who asks for it.

Here are some of the things you should consider when looking at an organization’s financial information.

Remember to look beyond the raw numbers. As in the private sector, charities sometimes need to spend a bit more money to offer a competitive salary to a highly accomplished and respected professional, especially at the leadership level. This can actually help the charity make its money go further and do a better job of achieving its objectives. Don’t automatically assume high salaries are a problem unless the organization has other red flags.

Looking beyond finances, you should also look into the following when researching potential charities.

If your research turns up any serious problems or other worrisome information, strike the charity off your list.

You should confirm the tax status of any charity you’re considering as part of your background research. This step is simply so important that it merits its own discussion.

In the United States, legitimate nonprofit groups are entitled to tax-exempt benefits known as 501(c)(3) status, according to Internal Revenue Service (IRS) standards. This means the organization is deemed legitimate by tax authorities and does not have to pay most federal or state taxes. If you donate to a charity that holds this status, your contribution is tax-deductible.

However, remember that some charities are exempt from having to obtain or maintain 501(c)(3) status. Primary examples include churches and some other religious organizations. Your donations to these groups will also be tax-deductible. However, it’s still a good idea to formally confirm that fact with one of the organization’s representatives before you donate.

If you’ve followed all the suggestions above, chances are excellent that the group(s) you’re considering are on the up-and-up. Yet, because scams and questionable tactics remain so prevalent in the charity and nonprofit sphere, it’s a good idea to brush up on some other warning signs of organizations to avoid.

You should be suspicious if an organization uses any of the following tactics.

As you review financial statements, take note to see if the organization seems to be sitting on a large and growing pile of liquid cash. Prevailing wisdom suggests that charities shouldn’t normally have more than three times the amount of the current year’s budget available in cash or other liquid assets. Higher levels than this suggests the organization isn’t actually doing what it says it’s doing.

Finally, for your own tax purposes, remember that you don’t actually qualify for tax deductions until you complete the donation. Making a pledge to donate cash or other assets isn’t enough. The money or asset actually has to change hands before you can claim the benefits on your taxes.

Jim Greene is a freelance writer based in the Toronto, Canada area. He has been writing professionally since 2001 and has an extensive professional background in consumer research, personal finance and economics.