10 Tax Tips for the Recently Divorced 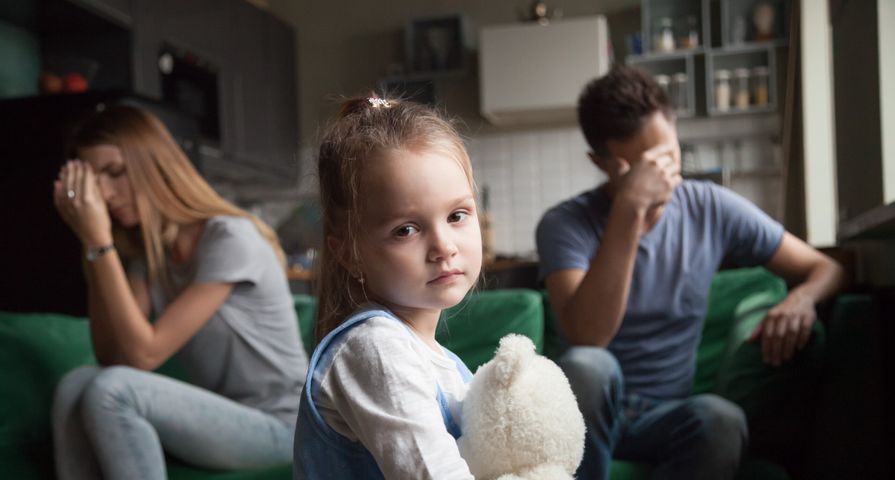 If you’ve combined your finances with a spouse for years, it might come as a shock to have to shoulder the responsibility of filing your taxes solo again after a divorce. But don’t panic: While there is some information that will make filing as a divorced person a bit easier, you’re not in for any big surprises. As with most tax topics, a little bit of knowledge will go a long way to ensuring you file accurately — and with the biggest tax advantage you can get.

One of the first decisions you have to make after a separation is not entirely common sense. The gist is pretty simple: If you’re divorced (or legally separated) by Dec. 31 at midnight, you should go ahead and file your taxes separately. (In other words, just because you were married most of the year doesn’t mean you have to file together.) If you’re doing your taxes in March and your divorce was only final in January? You were married for the entire year’s tax return, and that means you can file jointly.

Obviously, there are some drawbacks to this. For instance: If you’re divorced, there’s a strong possibility that the last thing you want to do is sit down with your ex and discuss your finances and the tax implications of them ad nauseam. If so, you can take the “Married Filing Separately” option the IRS offers. Note that you won’t get all the tax breaks associated with marriage, but it might be a good idea if one of you owes a lot of back taxes. (Or if you just can’t handle a tax preparation session with your ex.)

We might as well get one of the biggies out of the way. There’s little that’s more contentious than child custody and support during divorce proceedings, and the consequences of some of those decisions bleed into tax time. Here’s what you need to know about child support so you don’t run afoul of Uncle Sam.

First off, child support payments are not deductible. That means that if you’re the one giving monthly checks, you’re not going to write off the cost on your tax return. If you’re the one receiving child support, it is not considered income. That’s a real boon to the parent who gets the payments, because it’s basically money that can’t be taxed.

Make sure you understand the exact wording and implications of your divorce agreement; some alimony payments (which have different rules, as we’ll discuss later) are designed to end around a child’s 18th or 21st birthday. If you’re not careful, the IRS might consider those payments child support, too.

If there’s anything that you should definitely remember not to do the tax year following your divorce, it’s attempting for both parents to claim children as dependents. In fact, that’s something you shouldn’t do for any year after your divorce. Child provide a seriously enticing tax break, and the IRS knows it: Multiple people are not allowed to claim the same person, period.

Your divorce agreement might actually specify which parent gets to claim the children as dependents; in that case, there’s not a lot of debate. Just go with whatever was decided. (But be aware you’ll still have to fill out a form declaring it.) But if it wasn’t made clear, the rule of thumb is that the custodial parent (the parent who has the kid for most of the year) gets to claim the credit. However, the noncustodial parent can take the credit if the custodial parent waives the right and fills out a specific form (Form 8332) declaring it. You can use the form to declare nonconsecutive years you’re waiving the credit if you and your ex want to trade off taking it.

If your divorce wasn’t of the Gwyneth/guy from Coldplay variety and was more acrimonious than conscientious, you might consider the next tip. It’s not a particularly civilized way to go about resolving a dispute, but it may be an emergency option if you’re the custodial parent and your spouse is trying to claim the kids as dependents anyway. You can save yourself from having to convince the IRS that you’re the one in the right by filing your taxes before your ex-spouse does.

It sounds too good to be true, but it does make sense. If you’re the first to file and claim your child as a dependent, the onus of responsibility is then on your former spouse to explain his or her copycat claim. In other words, you already claimed the kid; your ex now has to explain to the IRS why he or she did too.

There’s not much doubt that noncustodial parents don’t get a lot of breaks when it comes to taxes. In general, they’re the ones paying child support (which isn’t deductible), and they have a harder time claiming the child as a dependent. But don’t throw in the tax towel and drown yourself in IRS forms just yet. There are some ways that the noncustodial parent can find some tax relief.

First up: itemized deductions. If you choose not to take the standard deduction the year you file, you can actually write off some of your child’s expenses, whether or not you’re claiming him or her as a dependent. One of the big ones is medical expenses; if you’re paying for some of your kid’s medical costs or treatment, you can itemize them. Rules apply, however, for claiming these medical expenses as deductions, requiring them to exceed 7.5% of your adjusted gross income. That includes health savings account distributions too [source: Bischoff]. You do have to make sure your kid is considered a qualifying child, however: That means you must be able to claim that the child is with one or both parents half the year, that half the child’s support is provided by one or both parents and that you as parents are divorced or separated.

Here’s another break that doesn’t necessarily go in favor of the custodial parent. The head-of-household filing status is a boon for those looking to increase their standard deduction and fit into a lower tax bracket. It’s only available to unmarried people who have a qualifying child or dependent and who pay for more than half the cost of keeping up their home.

Even a noncustodial parent can file as a head of household, so long as that person meets those requirements. A qualifying child should live with you more than half the year, but you can get an exemption for that in a divorce agreement. Just know that getting the exemption doesn’t mean you get out of the requirements; you still have to meet all the rules to file.

In a blow to individuals paying alimony, this is no longer a deductible expense. Payers cannot deduct this and recipients do not need to claim it as income. But beware: Don’t think you can simply give a hefty check the first few years after a divorce and then wipe your hands clean. The IRS considers alimony that was given in large amounts for a short period of time after the divorce “property settlement funds.”

One alternative to alimony and child support is family support, which is basically both checks rolled into one. Family support used to be treated like alimony, deductible to the payer and taxable to the payee. The 2017 tax reform eliminated this too. If you’re still confused, consult a tax professional.

3. Not All Property Is Alike

In the best case, you and your ex are amicable enough to come to a fair settlement of property. But even if your property is split fifty-fifty, that doesn’t mean that your tax bill will be entirely equitable.

During a divorce, it’s wise to know the tax implications of the property you’re accepting or declining. Take the family home, for instance: While it might seem like a great deal to give it to your ex and make him or her deal with the costs associated, keep in mind that you can write off all the interest you’re paying on a home mortgage*. That tax break might be worth it to keep.

*If the mortgage originated prior to December 15, 2017, you can write off the interest associated with the first $1m in mortgage principal and $100k in home equity loan principal. If the mortgage originated after, you can only deduct the interest associated with the first $750k of mortgage principal. These quoted amounts apply to married and single filers. For individuals who are married and file separately, these amounts halve.

Just as tangible property might have positive or negative tax implications, assets like IRA and 401(k) accounts aren’t all created equal. You need to make sure you know exactly what you’re getting — both now and in the future — when you split assets that have strict tax rules.

Consider a Roth IRA, which you’re funding with after-tax dollars, meaning that you’ll declare contributions on a tax return. While that might sound unappealing for the short-term, keep in mind that the distributions — that is, the money you can withdraw — are entirely tax-free. On the other hand, a 401(k) will let you put money in tax-free, but you have to pay taxes when you withdraw. That means that a Roth IRA is going to be worth more than a non-Roth IRA or 401(k), even if they technically have the same amount of money in them [source: Thompson].

1. Communicate With Your Ex

Okay, it’s a little cheesy, but it might save you a heck of a lot of time, energy and anguish: If at all possible, communicate with your ex about your taxes. As we’ve seen, a lot of the tax issues arise when there’s a misunderstanding about who gets to claim what, or confusion about the value of certain assets or deductions. An ounce of preventive discussion is worth a pound of IRS audits.

Dreading such a conversation? Hire someone to have it for you. While legal fees related to your split-up aren’t generally deductible, you can itemize any advice you get about the tax implications of your separation or divorce. So if you’d really like to hammer out the details before they become a problem, hire a tax consultant or preparer to help you (and perhaps even your ex) understand the consequences of your settlement.

This article was worked on by a number of the Wealthversed staff, including freelancers, full-time writers, and editors.