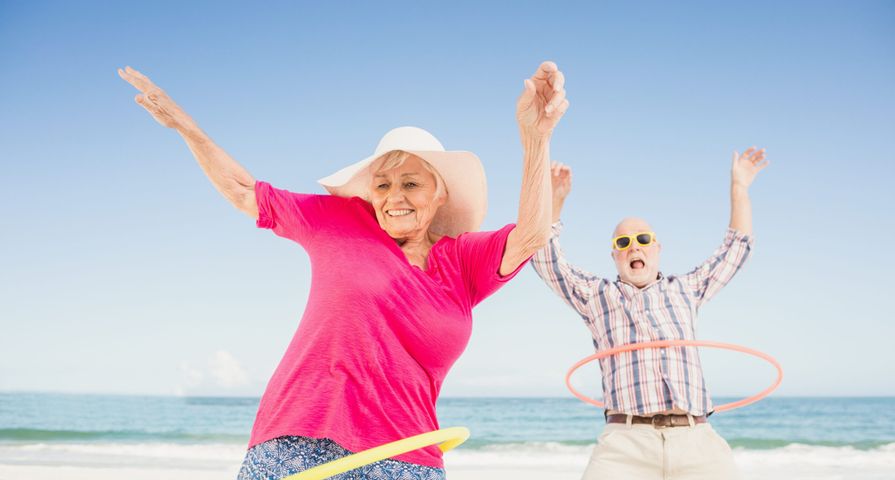 10 Tax Tips for People Working and Living in Different States

The life of a retired person should be nothing but sailboats and weekend golf outings. (That may be true if you made a fortune in your career. Most of us will have to settle for drives in the country or visits to the Y swimming pool.) But even those retirees with enormous wealth face the same tax challenge every year as the rest of us: trying to find the deductions, credits and tips that make our tax liability manageable.

So let’s look at some unique benefits offered to those who have left the workforce. We’ll also give a few pointers to older taxpayers in general so you can keep saving money well after retirement. First up? Don’t assume that itemizing your deductions is the biggest bang for your buck.

When we talk about deductions, there are two ways to go. A standard deduction is the flat rate that the government gives taxpayers based on their filing status. When you itemize deductions, on the other hand, you’re counting up all sorts of miscellaneous expenses to see how much you can knock off your tax liability.

As a general rule in this article, we’re mostly talking about itemizing deductions. But here’s a good trick for retirees: The standard deduction for people over 65 is actually higher than everyone else’s. While most single taxpayers get $6,200, single taxpayers older than 65 get an extra $1,550. Married taxpayers get $12,400, and those over 65 receive $1,200 more. Itemizing is great if you have a big deduction that counts for a lot — mortgage interest, say. But you might not have as much mortgage interest to itemize if you own your home outright or are close to paying off your mortgage. The standard deduction might just be the best plan.

As we said, you can choose to itemize your deductions rather than take the standard cut — and it is possible your expenses might make it worthwhile, if you’re retired. Realistically, a lot of older folks find themselves paying for health care at a faster (and more expensive) clip than they did in their younger days. And while it’s not as easy as simply writing off every cent you spend, you can still get yourself a sizable tax cut if you itemize.

We know what you’re thinking: You’re retired, so how can you have business expenses? Don’t think we’re trying to pull a fast one on you. You might be out of the full-time game, but that doesn’t necessarily mean you don’t have jobs or work to deduct on your tax return. No, we’re not advocating that you make up a fake business and write off the cost of your home office. But if you are doing freelance work or working as a consultant or contractor for anyone, that home office deduction might be yours to take.

If you have self-employed income, do remember that you’ll still have to pay taxes on the income. But you also get to write off a whole host of businesses expenses, and that’s without itemizing. From mileage to business equipment, you could deduct quite a bit from your tax bill.

7. Credit for the Elderly or Disabled

Don’t forget that you might qualify for the IRS’s elderly or disabled tax credit. It’s nonrefundable, meaning that it will take money off your tax liability, but it won’t roll over into a refund if you have no tax bill. (In other words, if the credit is more than your taxes due, don’t expect a check for the difference, but enjoy not having to send a check to Uncle Sam.)

A few qualifications apply, which — you might have guessed — start with being age 65 or older or having a disability. If you’re under 65 and claiming on disability alone, you need to have a permanent and total disability before retirement. You’ll fill out a schedule R form to help you figure out the credit due, but the IRS can also calculate it for you. Depending on income and filing status, the credit might be different based on your circumstances [source: IRS 524].

Retirement is the time that a lot of folks consider downsizing into a smaller space — or looking for their dream home or retirement community. If you’ve been in the same place for ages, you might find that selling your house turns a profit — and in turn, gives you a tidy tax break.

If you’ve lived in your home for two of the five years before you sell the place, you don’t have to pay any tax on the profit you make in the sale. Now, there are limits; the break is only eligible for up to $250,000 in profit for single taxpayers and $500,000 for married taxpayers filing jointly [source: Fishman]. But that’s no small amount of income to add to your purse tax-free. Now might be a great time to consider selling the house to inject your bank account with a bonus and save money on this year’s taxes.

We don’t usually think of retirement accounts having big deductions when you’re already retired. When talking about lowering tax bills, you might find that professionals advise those still working to invest in retirement accounts; often, you can put money in them tax-free, for instance, which saves you money every April.

But remember that many accounts will only let you take distributions before a certain age if you pay a penalty. If you’re over 59 and a half, you’re allowed to take income from your retirement plans without any penalty [source: Francis]. While it’s not actually a deduction, it’s really useful to take income from the accounts on which you’re not paying taxes.

But be warned: Certain IRAs and 401(k) plans will tax you on the income you take out. (After all, you didn’t have to pay taxes on it when you contributed it to the plan in the first place.) So, limit your income from those accounts to only what you really need, and take more money from the nontaxable distribution accounts.

We’re not done with retirement accounts just yet. Who knew that saving for retirement could actually equal a tax break in your golden years? (Well, pretty much any accountant, wealth planner, tax preparer or regular Jane with tax knowledge. Still. Don’t feel bad if you’re just learning this stuff.)

Here’s the deal: Before a certain age, you’re only allowed to contribute a certain amount to your retirement plans (that includes 401(k)s, IRAs and Roth IRAs). For instance, 401(k)s let you contribute up to $17,500 a year if you’re under 50, and you can add a whopping $5,500 more if you’re over 50. That’s pretty cool, but 401(k)s usually only apply to working stiffs getting money taken out of their paychecks with an employer plan.

IRAs work a little differently. You can contribute to an individual IRA even if you’re not working, and although the limit is $5,500 for those under 50, it rises to $6,500 if you’re over 50. Traditional IRAs include deductible contributions — meaning you can write them off – which can add up to $6,500 in contributions, depending on your plan and circumstance [source: IRS Retirement].

Charitable giving is one tax deduction that’s often mentioned but rarely taken advantage of to the full extent. As you enter retirement, it might be a good time to think about ways that your wealth could serve noble causes — with the added benefit of nobly serving you less tax liability.

Be aware that there are limitations to charitable contributions. Remember that they only apply if you’re itemizing your expenses, for one. Also, you’re generally only allowed to deduct up to 50 percent of your adjusted gross income as charitable contributions. Don’t forget that donating items — cars, for instance — are also deductible. (You can either figure out the fair market value and deduct that or write off the cost of the profit if the organization sells it [source: IRS 526].)

A lot of retired folks depend on their investments for income. That’s excellent news, tax-wise, because dividends and capital gains aren’t taxed like the regular income you earned toiling for your big job; it’s charged at a much lower rate. Depending on your tax bracket, these forms of income are taxed anywhere from 20 percent to…nothing at all. Not too shabby.

Obviously, it’s terrific if you can use that investment money as income — and thus give yourself a tax break. But it gets even better, because if you itemize your expenses, you can write off a load of items that come with investment services. (That’s so long as the expenses — along with all your other itemized deductions — exceed 2 percent of your adjusted gross income.) That includes any fees you pay to a broker or financial institution to collect your investment income, and could even include the cost of hiring a financial planner to help you. Needed to call a lawyer to ask about some legal implications of investments? Write that off, too. Take advantage of those investments through income distribution and deductions, and your tax return will show the wisdom of your years.

Now, it’s not strictly a deduction, but we’d be remiss if we didn’t discuss the implications of Social Security on a retiree’s income and taxes. A lot of folks assume that — because Social Security was withheld from their paychecks in the first place — it’s income that they receive tax-free.

Not exactly. Social Security is eligible for taxation, up to a certain limit — and only if you make a certain amount of income. While there’s a formula the IRS gives you to figure out how much you’ll be taxed on Social Security, know that you’ll never have to pay taxes on more than 85 percent of your Social Security earnings. If you file as a single person, you don’t have to pay taxes at all if your combined income is below $25,000 ($32,000 for married folks filing jointly [source: SSA]). Keep in mind that your combined income is calculated by adding together your adjusted gross income, your nontaxable interest and half your Social Security benefits.

So no — it’s not a tip you can write off as a deduction. But being aware of how Social Security can affect your taxes might save you a lot of money in retirement.

This article was worked on by a number of the Wealthversed staff, including freelancers, full-time writers, and editors.