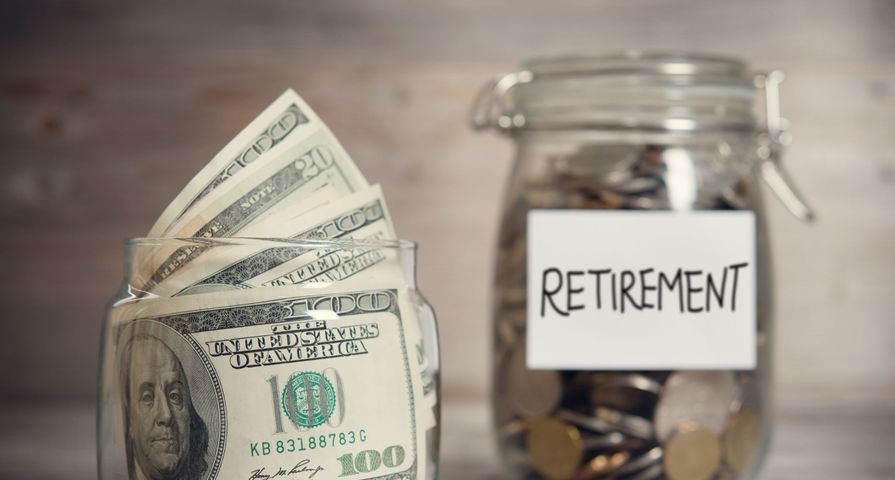 Common Myths About Saving For Retirement

The accepted wisdom in financial circles is that you should never take money from a retirement account early. Most advisers are strictly against the idea of withdrawing funds from a 401K, IRA, RRSP or TFSA. They will say it’s the same as stealing from yourself. And your future. However, the reality is that life happens. Unexpected things happen all the time.

You will probably find yourself short of money at least once or twice in your life. There are some justified, albeit rare, occasions when it may make sense to take money out of your retirement account early. No, wanting a 55-inch TV or a new pick-up truck are not among them. However, here are five legitimate cases where you could be forgiven for tapping into your savings.

If you (or a loved one) are confronted with a serious illness — especially one that is life threatening — then you certainly cannot be faulted for withdrawing from your retirement funds. After all, it makes little sense to keep holding onto your retirement plan if it suddenly appears those days will never come. If you do not have adequate (or enough) medical insurance, a serious illness can be financially draining. Even those with strong coverage or socialized healthcare can incur plenty of extra expenses. If it’s a matter of life or death, then go ahead and dip into your retirement funds. You can’t take it with you if you pass away, after all.

The good news for Americans is that the Internal Revenue Service (IRS) provides some relief if you need to withdraw retirement funds to help cover a medical emergency. This relief comes in the form of waiving the 10% withholding tax on the withdrawal. If you’re under 65, the IRS will waive the withholding tax. However, only if the money is used to pay for medical expenses that exceed 7.5% of your adjusted gross income. Luckily (or unfortunately?) that isn’t a big hurdle. When you’re faced with both higher medical expenses and a reduced income as a result of an illness, meeting that requirement is quite easy. This exemption applies to both a 401(k) or an IRA.

A house is the single biggest purchase that most of us will make in our life. Houses are expensive. However, they are also an asset that appreciates in value over time. That makes them a good investment. Taking money invested in a retirement account and essentially reinvesting it in a house does make some sense. At the very least, it’s not a waste of your savings. Over time, you should recover the down payment on a house as the property grows in value.

The good news is that there are programs in both Canada and the U.S. that help. They enable first time homebuyers to withdraw money from registered retirement accounts to make the down payment on a house without incurring any tax penalties. In both countries, the withdrawal is treated as a loan you make to yourself. Note that the money taken from an IRA or RRSP usually has to be repaid within a specified period of time – typically five to 10 years. That could be manageable depending on your financial situation. Either way, diversifying your assets via home ownership is not the worst thing you can do.

There’s a saying that the best investment you can make is in yourself. That could mean a lot of things. However, it definitely includes getting an education or upgrading your existing schooling. With the transient nature of work these days, you might find yourself in need of some further education or training.

However, going back to university or college is really expensive. Especially given today’s tuition fees. Funding an education upgrade could come down to a simple question. Should you take out new loans or withdraw from your retirement accounts to cover the costs? It may make more sense to dip into those retirement savings rather than take on new debt.

You can also find tax advantages in this situation. They will help ease the pain of an early retirement account withdrawal. For example, you can take money out of an IRA without incurring any penalties in order to pay for educational expenses such as tuition and books. If you expect that a new degree and/or trade will increase your earnings (and want to studiously avoid debt), it makes sense to use your retirement savings. Hopefully your investment pays off, and you’ll be able to more than recover the initial hit to your retirement fund as you income goes up.

If you’re at risk of defaulting on credit cards, a mortgage, or a student loan, then you may want to consider using your retirement savings. This might be seen as the “least-worst” option out of a bunch of bad ones.

Don’t get us wrong. We’re not advocating tapping into your retirement money to make a monthly credit card payment. We’re talking about a more dire straights situation. Like being on the edge of bankruptcy or being evicted from your home. In such a case, it’s probably better to take money out of your retirement fund to pay the debt that you are at risk of defaulting on. This is because defaulting on debt destroys your credit, making it more expensive to get credit in the future. The higher interest rates and other costs associated with bad credit may outweigh the costs associated with a 10% savings withdrawal penalty.

The silver lining in this situation is that pension accounts are generally protected from bankruptcy. This means that creditors cannot seize the money held in registered retirement accounts if you do file for bankruptcy protection. Keep in mind that if you’re likely to withdraw money to pay off some debt and then file for bankruptcy anyway, you should just keep the funds in your pension account where it’s safe and protected.

We just finished telling you that it might be a good idea to take from your retirement savings to avoid defaulting on debt. However, in some cases, the opposite might be true. It all depends on your individual situation, but it’s possible that draining your retirement accounts to avoid defaulting on debt is simply throwing good money after bad. And that’s always a terrible idea.

Having your car repossessed, being evicted, or having to declare bankruptcy are all major blows. However, they aren’t the end of the world either. Your credit score will suffer, but your credit score isn’t the most important thing in the world, either. Plus it can bounce back. Declaring bankruptcy can, in some situations, offer a fresh start for those in major debt. After that, you’ll have to buckle down and work hard to improve your financial picture. But at least you won’t have zeroed out your retirement savings in the process.

There are many financial means available to help you get through a sudden job loss or temporary unemployment. These include severance packages, personal emergency funds, or government unemployment benefits. For these reasons, it rarely makes sense to raid a retirement account when you’re out of work and searching for a new job. You should almost never do it if you’re still under the age of 50. However, if you are on the other side of the half-century mark, things start to look different.

First, it’s statistically proven that people over 50 are less employable then younger workers. Second, you’re already closer to retirement at that age. While you may not be able to afford to fully retire early, you can consider it a “temporary retirement” while you look for a new income source. Plus, you need to keep a roof over your head and the lights on somehow. So don’t feel too guilty about taking some of your retirement savings in this situation.

On the positive side, it’s entirely possible that any retirement plan withdrawals you make in this situation will be subject to little or no income tax. Since you’re no longer working a steady job, your annual income will be low or nonexistent. Unfortunately, the 10% penalty for early withdrawals still applies regardless of your income level. [Note: The 2020 CARES Act waived the early withdrawal penalty, but the amount still counts as taxable income.]

It’s worth noting that the IRS will exempt you from the payment of the 10% early withdrawal penalty if IRA funds are used to pay health insurance premiums while you are unemployed. However, this exemption applies only to IRAs, not to 401(k) plans.

Taking money out of your retirement savings can be a depressing decision. With the click of a mouse, you will watch months (or years) of hard work vanish from your accounts. Although you should only use your retirement funds in severe financial emergencies, there are several cases where it makes sense. Try to approach it like a business decision instead of an emotional one. For example, if you are managing to only save a couple thousand dollars a year but carrying a ton of debt (credit card, expensive car loan, student debt), you might be effectively negating your savings in interest fees. Do the math. While it hurts to see your retirement fund drained, it could potentially save you money in the long run.