RRSP vs. TFSA: What’s The Difference? 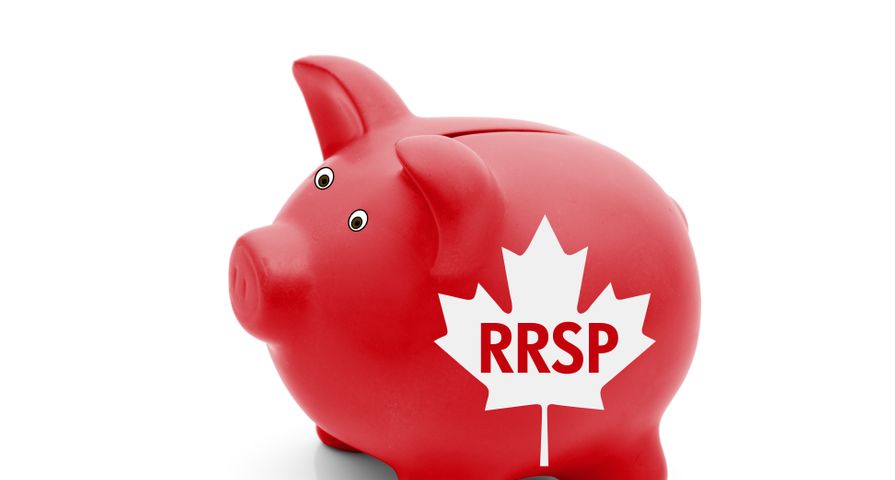 What You Need To Know About Registered Retirement Income Funds

When it comes to registered savings accounts in Canada, the two most popular options are RRSPs (Registered Retirement Savings Plan) and TFSAs (Tax-Free Savings Account). While both accounts are great options for saving money, they work in different ways. For young Canadians just starting out in personal finance, making sense of RRSPs and TFSAs can be daunting. Although both are safe, reliable ways to save money, RRSPs and TFSA aren’t as straightforward as a simple savings account. To maximize your return with either, you need to know what you’re doing.

The good news is neither account is as complicated as they’ve been built up to be. But which one is right for you? If you’ve been looking at RRSP vs.TFSA but can’t make heads or tails of them, you’ve come to the right place!

RRSP and TFSA — What Are They For?

Before diving into the differences, let’s look at what the RRSP and TFSA actually are. Both are registered accounts, meaning they have been given tax-deferred or tax-sheltered status. Essentially, this means your contributions and withdrawals are monitored by the Government of Canada. These accounts come with tax benefits (more on those later) but the tradeoff is you will be penalized if you don’t follow the rules the government has put in place. Other examples of registered accounts in Canada include the RESP and RRIF.

In short, RRSPs and TFSAs are both safe and secure ways to save money for the future by making regular contributions. However, depending on your circumstances, one might be a better option than the other. Let’s take a look, shall we?

What is an RRSP?

As indicated by its name, the RRSP is a retirement savings plan. In order to open one, you need taxable income and to contribute up to 18% of your gross income in a given year. There is no age restriction on an RRSP, so even teenagers working their first job can open one. RRSPs work like tax shelters for your income, as your contributions lower your taxable income. However, you’ll have to pay those taxes later when you make withdrawals.

Part of the confusion surrounding RRSPs has to do with the name. Although the account has “savings” in its name, it can also be used to invest. In addition to cash savings, you can hold mutual funds, GICs, stocks, bonds, and ETFs in your RRSP. Find out more about the rules and regulations of RRSPs here.

What is a TFSA?

The Tax-Free Savings Account program was introduced in 2009 as a way for Canadians to grow their savings tax-free. Unlike the RRSP, TFSA contributions cannot be deducted for income tax purposes. However, the trade-off is you get to contribute to it with after-tax income and won’t pay any tax when you make withdrawals. You must be 18 or older to open a TFSA and the contribution limit is $6000 per year (more on this in a bit). Like an RRSP, a TFSA can hold all your other investments too. You can find more information on TFSA rules and regulations here.

Similarities Between RRSP and TFSA

Now that we’ve explored what RRSPs and TFSAs are, it’s important to go over their similarities and differences.

An RRSP and TFSA are similar in the sense that they’re used for the same long-term goal of saving money. As already mentioned, both are registered accounts and will penalize you if you contribute more than you’re allowed in a given year. Both accounts charge a penalty tax of 1% per month on the excess amount. However, you can exceed your RRSP contribution by $2,000 without penalty (although you can’t claim a deduction on this amount). The RRSP and TFSA also both allow you to carry over unused contribution limits to future years, though the way this works is quite different between accounts.

The main thing to keep in mind about the RRSP and TFSA is they should be treated as investment accounts to unlock their true potential. Yes, there is a bit more risk involved if you go this route. However, with many excellent robo advisors on the market, it’s never been easier to open an RRSP or TFSA investment account. Services such as Wealthsimple and BMO Smartfolio are excellent ways to invest on autopilot. They will both build a portfolio with great returns. But that’s another topic altogether. For now, let’s dive into how RRSPs and TFSAs are different and which is the right option for you.

Differences Between RRSP and TFSA

One of the main reasons people get tripped up on the RRSP and TFSA is that they have some key differences. Contributions and withdrawals are where you’ll find the most significant distinctions, including:

This requires some explanation, so let’s break down how contributions and withdrawals work for both.

In contrast, contribution limits for the TFSA are the same for everyone: $6,000 per year. However, if you have any unused contribution room dating back to 2009 when the TFSA was introduced, your limit is actually much higher than $6,000. If you’re just opening a TFSA in 2019 for the first time and never contributed before, your lifetime limit is $63,500. Every year, the government recalculates the TFSA contribution room. It generally falls between $5,000 and $6,000:

The only stipulation to this is that the lifetime maximum begins in the year you turn 18. So if you turned 18 in 2015, you’d only be eligible for contribution room from that year onward. The good news is the TFSA never expires, so you can make contributions well after the age of 71 (the age an RRSP must be taken out).

Here is where the different philosophies behind the RRSP and TFSA become clear. Although you can withdraw from your RRSP at any time, doing so before retirement comes with a penalty. As previously mentioned, you’ll need to pay tax on RRSP withdrawals and the hit is pretty big. However, there are two exceptions that allow you to withdraw from your RRSP before retirement:

RRSP vs. TFSA — Which is Right For You?

We’ve covered the essentials of the RRSP and TFSA, but is there one that is clearly better to have? Honestly, it depends entirely on your financial situation.

If your income is lower (in the $50,000 or less range), you’ll probably benefit more from a TFSA. Your income is low enough that you’re not really going to benefit from claiming RRSP contributions on your taxes. Plus, there’s no rule saying you can’t treat your TFSA as a retirement savings account. In fact, this is the smarter option, as you’ll miss out on compound interest if you make withdrawals for major purchases.

If you’re in a higher income bracket, an RRSP is a great option since it can lower your taxable income. However, the ideal situation is to have both an RRSP and TFSA, maximizing your contributions each year. Of course, that’s easier said than done. If you can only choose one, make it the TFSA.