How To Save Money (While Still Enjoying Your Morning Latte) 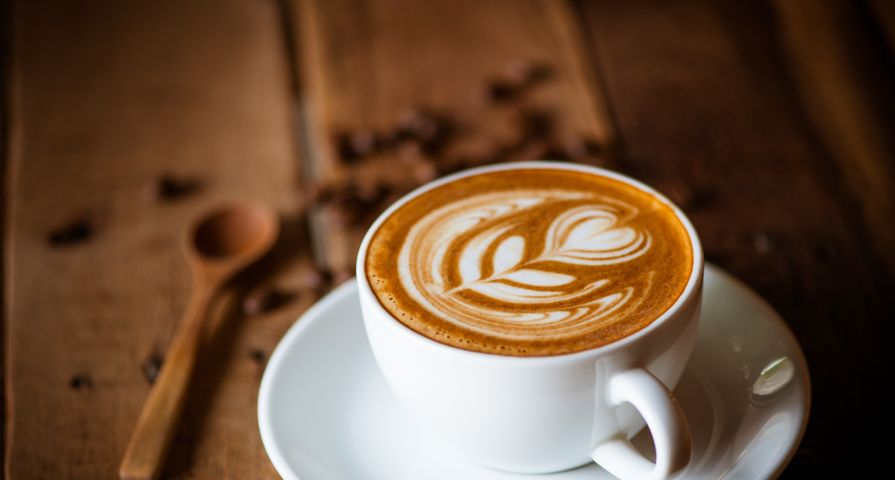 How Much Do You Really Need to Spend on an Engagement Ring?

If you’ve spent any time on the internet in the last few years, you’ve likely come across more than one story about how Millennials are ruining everything. They’re killing casual dining, they’re killing the beer industry, and diamonds too. They’re even killing mayonnaise. All because they’re spending way too much money on Starbucks lattes (among other things). If you’re in this cohort, you’re probably sick to death of hearing how your coffee habit is making you poor.

Here’s the thing: you can save money while still buying that morning latte. So if you’re looking for financial advice that isn’t just “cut coffee = get rich”, here are eight alternative ways to save money.

Have a Hard Look At Your Subscription Spending

Overspending on small purchases is definitely a problem for many people. However, some financial gurus are starting to turn on the idea of using coffee as a scapegoat for our poor spending habits. According to Tara Siegel Bernard, a personal finance reporter at The New York Times, we should be taking a harder look at subscription services.

“It’s become much easier to be an unconscious spender,” Bernard says. “Within a relatively short period of time, subscription-based businesses are everywhere, and they’re probably betting that most of us will forget to turn off these services when we don’t need them anymore.”

Think about it. Most of us have subscriptions to multiple services, be they streaming platforms like Netflix and Spotify, or home food delivery products like Blue Apron. These business models can be insidious. They cost relatively little per month but eat up a lot over the long term. Cutting out even just one subscription from your life can save you hundreds of dollars a year. That’s a lot of coffee money!

Make Your Own Meals

Sure, caramel macchiatos are expensive. You know what costs more though? Takeout food. On average, eating out for lunch will set you back $10 a day. That price goes up if it’s dinner. While costs will vary, you can expect to save at least a few dollars each time you decide to make your own meal instead. If you know what you’re doing, you could save at least $100 a month ($1,200 a year) by going the homemade route – and that’s just on lunches.

Basically, you’re paying extra for the convenience when you order out. The same is true for coffee. It’s up to you to decide if convenient coffee or lunches are more important. However, since this is an article discussing ways to keep takeout coffee in your budget, getting really good at meal prep is an excellent cost-cutting strategy.

Use a Budgeting App

There are many great budgeting apps out there. If you’re not using one, you’re probably missing out on potential savings. Since they’re on your phone, budgeting apps are with you all the time. This makes it easy to keep track of your money, no matter where you are or what you’re doing. Most apps will allow you to input expenses, such as a daily latte. This helps alleviate any guilt you may associate with this type of purchase, as you’ll already have factored it into your budget.

Apps like Mint sync with your financial accounts and even split your spending into different categories. At a glance, you’ll be able to see where your money is being spent and if there are things you can cut. Using a budgeting app should be top of your priority list if you care about personal finance. However, if finding a way to afford more coffee is your only motivating factor for using one, that’s fine too!

Cut Back on Alcohol

Isn’t it weird how all Millennial-focused budgeting advice focuses on coffee and avocado toast, but not alcohol? Sure, Millennials and Gen Z are drinking less than older generations, so focusing on our coffee habits makes sense. However, did you know sales of nonalcoholic beer and cocktails are on the rise? While healthier alternatives, non-alcoholic drinks are still cost quite a bit more than water, soft drinks, or coffee.

If you’re someone who can get by on a bottle of wine per week, you’re probably okay. Anything over that though and you’re easily spending more on booze than your $5 per day coffee habit. Grabbing a drink with friends is more about the social aspect than what’s in the actual drink (at least for most of us). Instead of dropping $10 per pint on beer, get something non-alcoholic instead. Your waistline will thank you and you’ll have money left over for Starbucks too.

Stop Buying Books (Go To The Library Instead)

If you’re anything like me, you get the temptation to drop $50 on books every time you set foot in a bookstore. Never mind the fact I still have dozens of books on my shelf I haven’t read yet. A new book just feels like a good thing to spend money on, right? Unfortunately, as much as they enrich our lives, books can also drain our bank accounts.

The problem is that so many of us have bought into this idea that books are something to be owned. After all, a home isn’t complete without a well-stocked bookshelf, right? While there’s nothing wrong with buying books when it makes sense, it’s generally a better idea to visit your local library instead.

Contrary to popular belief, libraries aren’t dead. In fact, if you haven’t visited one in awhile, you may be surprised to learn that many libraries have successfully kept up with the times. In addition to books, many libraries now let you take out DVDs (new ones too!), video games, and other forms of media. They also host a ton of great community events and have a lot of free resources to take advantage of. As an added bonus, some libraries even have their own coffee shop so drop a few dollars on a latte and start reading some free books already!

No, you don’t have to go full Flip Challenge to sell your old stuff. That being said, getting rid of things around the house that are collecting dust is a great way to make some extra cash. That old side table you were planning to throw out? Odds are, there’s someone who needs it more and will be willing to pay you for it. Online marketplaces such as Facebook, Kijiji, and Craigslist have made it so easy to sell whatever you want. The fact that they’re free to use also means you don’t have to invest any upfront costs.

Sure, it takes some time and effort to do properly. However, when it comes to side hustles, flipping your stuff is one of the easiest rackets to get into. Plus, think of how great it will feel to sip on your well-earned latte in a decluttered home. It sparks joy! It’s the kind of image that would make Marie Kondo proud.

If You Own a Car, Carpool When You Can

If you don’t own a car, congratulations! You’ve avoided one of the biggest money pits a person can have. With tech developments providing more transportation options and increased concern over greenhouse gas emissions, car ownership is on the decline, especially among Millennials and Gen Z. However, a lot of people still rely on a car in their day-to-day life, especially if they have a long commute. The problem is the average cost of owning a car ranges from $0.50 per mile to $1.00 per mile, which quickly adds up if you’re using it every day.

If you’re in a situation where public transportation just isn’t an option, there are still ways you can cut back on vehicle expenses. Carpooling is probably your best option, as it allows you to spread the costs of a single trip over two or more people. The savings can be quite substantial. For example, if your commute is more than 12 miles and you carpool with just one other person 250 days a year, you’d potentially save over $1,500. Finding someone to carpool with can take a bit of work but it’s worth the effort. Besides, do you really want to do ALL the driving five days a week?

Look For Ways To Save On The Big Things

One of the biggest financial issues facing young people today is that they have no long-term savings. Personal finance adviser David Bach helped popularize the idea that if you just skip the latte every morning and invest that money instead, you’ll be a millionaire by the time you retire. However, this ignores the fact that you can spend money on coffee and still be putting money away for the future at the same time. Crazy concept, I know.

Saving and investing are incredibly important for long-term financial health. If you’re not doing it, start right now. However, rather than vilify coffee as the reason your budget is struggling, take a look at the big picture. Reducing expenses across the board not only saves you money in the long run, it allows you to have a healthier relationship with all of your expenses. You could cut services from your phone plan to save on your monthly bill. You could look for a place with cheaper rent, or consider getting a roommate. Cut your cable, if you haven’t already. Consolidate debt to save on interest charges. Every little bit helps!

The truth is, small purchases can still add up, which means you still need to keep a close eye on them. However, living within your means and making regular contributions to your savings and investments will save you way more money in the long run than cutting out the morning latte.