How to Save Money When Buying a New Car 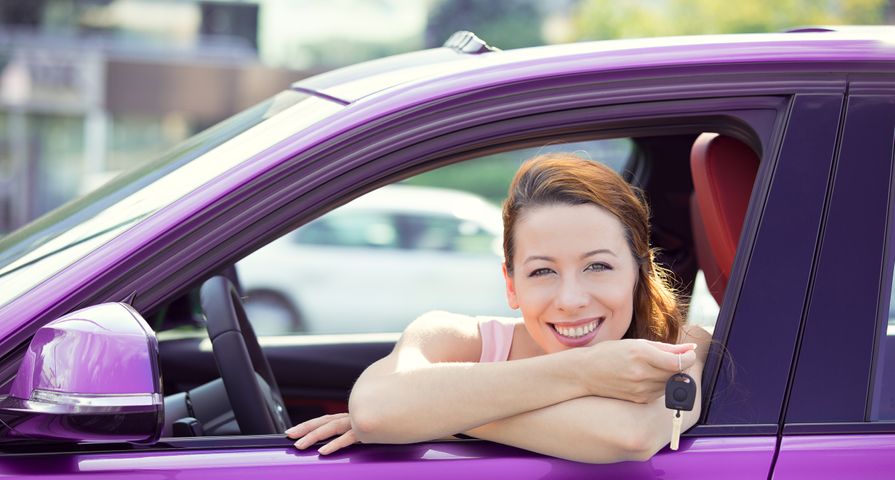 There’s nothing quite like the look, feel, and the fabled smell of a new car. While few purchases deliver such satisfaction, new cars are also an expensive gambit. Factor in the high-pressure sales tactics many car dealerships use on top of lofty new vehicle MSRPs and you have a recipe for extravagant spending. Before you head to the lot to test drive the new car that’s caught your eye, brush up on savvy strategies for saving money on your purchase.

Thorough consumer research is critical. It’s something you absolutely must do before you even consider setting foot in a dealership showroom. You should have a very clear understanding of the reliability record, safety profile, and price range of all models you’re interested in. Walking into a sales situation without this knowledge puts you at the mercy of the salesperson. That’s the last position you want to be in when making with a major financial commitment.

Pay Cash (If You Can)

As any personal finance expert worth their salt will tell you, cars belong to a class of assets known as “depreciating assets.” That means they lose value as time goes on. Moreover, most people finance the purchase of their new car, meaning that they’re paying interest to own something that is declining in value. So it’s better to pay cash for the full purchase price of the vehicle, if you can. Don’t pay interest on something that isn’t earning you any value.

That said, most people don’t have tens of thousands of dollars in cash lying around to plunk down on a new car. The next best thing you can do is offer up as large a down payment as you can muster. That will reduce the term of your loan and, by extension, the amount of interest you’ll pay over its lifetime. Even paying a few thousand dollars up front is better than nothing.

In most cases, new model year vehicles will be released to dealers toward the end of the summer. This puts pressure on dealerships to clear out their existing inventory. That means the current year’s models need to go out the door — and fast. As a buyer, that’s music to your ears since it means dealers and salespeople are more willing than usual to cut you a sweet deal.

With rare exceptions, automakers don’t typically introduce radical changes from one model year to the next. Buying the outgoing model year isn’t likely to make much of a functional difference even though it could make a huge difference to your wallet.

Shop Near the End of the Month

Dealers and their sales staff usually have monthly goals to meet. They often feel pressure to pad their sales totals as the end of the month draws nearer. Shopping for your new car toward the final days of the month gives you a good chance to catch a salesperson in a relatively generous mood.

You can also extend this strategy on a quarterly or annual basis. Shop near the end of a quarter for lower prices. For the best deal, wait until the final quarter of the year. This approach can turbocharge your savings. Dealers want to move out old inventory and hit their annual sales goals at the same time. That’s the reason so many of them save their biggest sales and best prices of the year for the end of the year.

Purchase a Vehicle Pre-Registered to the Dealership

Here’s a secret few lay people know about. Dealers will sometimes buy unsold vehicles themselves so they can hit their sales goals — at least on paper. It’s a bit shady, but it usually escapes the watchful eye of their higher-ups. If you can tolerate a little risk, this can really work in your favor. The clock starts ticking on the warranty the second the dealer becomes the car’s first official owner. You, as a potential buyer, would become the car’s second owner, which automatically puts the vehicle in resale territory. That reduces its value by thousands of dollars even though it’s probably never been off the lot.

Negotiate the Price Before Mentioning Your Trade-In

Insiders recommend hiding the fact that you have a car to trade in until late in the negotiations. Wait until you’ve already agreed on a price. This is because dealers can leverage their advantageous profit margins to create the illusion that they’re giving you fair market value for your trade-in, even though they’re actually just using it to pad their profits even more. By dividing your new car purchase and your trade-in into separate negotiations, you’ll get the best possible deal on both.

Some former and current car salespeople even endorse telling a little white lie. Just say you don’t have a car to trade in, even if you actually do. Then you can act like you changed your mind at the last minute. If that sounds a little shady to you, remember that salespeople are also using every dirty trick in the book to wring more dollars out of your pocket. Giving them a taste of their own medicine isn’t necessarily a bad thing. Especially if it saves you money.

Car salespeople also use human psychology to coax buyers into making emotional decisions based on the slick look and luxurious feel of a brand-new car. That’s why they’re always eager to discuss the price right after your test drive. Instead, call ahead and tell the dealer you’re collecting quotes and you want the best price they can offer you on a particular make and model. If they think you’re considering multiple dealerships, they’ll probably play ball and cough up a better offer than they would otherwise make.

However, you should still beware of their slick sales techniques. Smart and experienced salespeople will do their best to trick you into making an appointment to come in for a test drive without giving you a firm quote. Break through the veil by telling them you won’t show up unless they give you a hard number.

As a last word of advice. You should also be wary of sales staff who try to frame your negotiations around making your monthly payments as low as possible instead of discussing the vehicle’s actual price. They use this common tactic to sway buyers, by ballooning the term of the loan across more years to keep the monthly payments as low as possible. Some buyers have actually signed sales documents without ever learning the actual price of their new car! They just know how much is coming out of their accounts on the first of every month. Don’t make that mistake, as it can cost you dearly. Focus on the price first and the monthly payments second.

Jim Greene is a freelance writer based in the Toronto, Canada area. He has been writing professionally since 2001 and has an extensive professional background in consumer research, personal finance and economics.