Here’s How Retailers Trick You Into Spending More Money 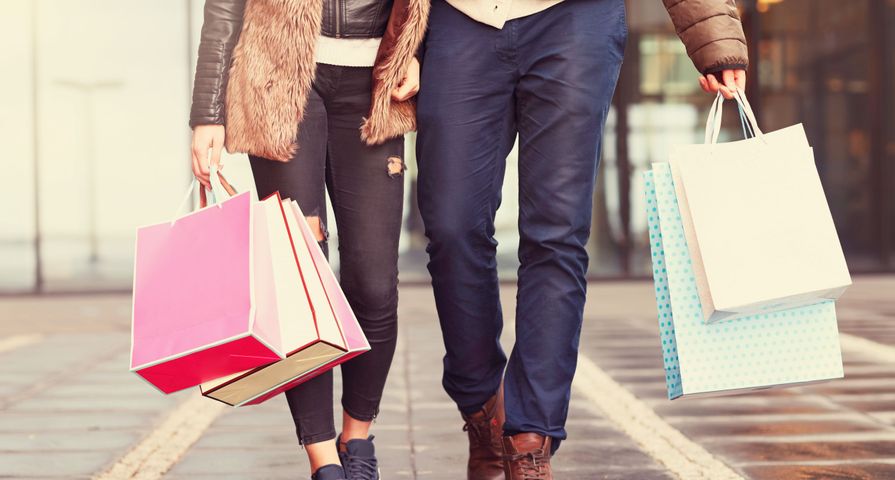 How to Cash in Savings Bonds: Everything You Need to Know

Retailers are crafty. Over the years, the stores we shop at have perfected ways to get us to spend more money. We barely even notice it. It often has more to do with psychology than sale prices. Retailers, with their marketing focus groups and business school graduates, have figured out human nature. At least when it comes to shopping and making spending choices, that is.

Their tactics are why we so often get to the checkout and find we have bought more items than we originally planned. And spent more money, too. Without realizing it, we’ve been manipulated into making extra purchases. Here are five ways retailers trick us into spending more money. One you know them, you can avoid these common traps and stay on budget.

Have you stopped to look at the size of shopping carts lately? It doesn’t matter whether you’re at the grocery store or a warehouse club like Costco? They are massive. And deliberately so.

Believe it or not, shopping carts have been steadily growing in size since 1975. Consumer advocate and former presidential candidate Ralph Nader has even publicly complained about the phenomenon. The over-sized shopping cart is Psychology 101. The larger the cart, the less likely it will look full. That means you can add more items to it, right?

As you roll through the aisles and glance down at your cart, you’re prone to think “I don’t have even that much stuff.” However, when you get to the cashier you find that you actually have a lot of items in your cart. More than you anticipated. And perhaps more than you can afford.

You can fight back against this trick by bringing a shopping list to the store. Then stick with it. You should know exactly what you need to buy, and resist the urge to stray from that list. Of course, you could also select a smaller shopping cart. If you can find one, that is.

Every item in a store is meticulously placed to ensure maximum spend on the part of consumers. Each item you pass has been put there with military precision. Consider the following: fruits and vegetables are almost always placed near the entrance of the grocery store. That gives you the impression that you’re shopping at a healthy place. Bakeries are usually near the front door too, as the aroma of fresh bread makes people hungry. It’s assumed that hungry people are more likely to buy a lot of food.

What about essential products such as dairy, bread, and cheese? Well, those items are usually found in the last aisle of the grocery store. This forces consumers to walk through all the other aisles before they get to the essential items they need. If you want to get really cynical, consider that sugary cereal is always placed at children’s eye level. Or that expensive condiments like salsa are placed directly next to taco shells to give the impression that everything you need is within easy reach. The cheaper, no-name salsa is usually placed on a lower shelf, out of direct view.

There are a few ways to combat this trickery. First, you can always start your shopping at the back of the store and work your way to the front. Second, you can eat a snack before going shopping. Research shows you will be less likely to buy more food if you have a full tummy.

Ah, the old 99 cents trick. This is a ploy used by just about every single type of retailer. Pricing a item with “.99” at the end just plays tricks on us. “That item is less than five bucks,” we think to ourselves as we stare at the $4.99 price tag. “Wow, this used car is under ten grand,” we exclaim as the $9,989 sticker on the windshield laughs silently at our stupidity.

In business circles, this is known as the “left digit effect.” Psychologists have studied the phenomenon and found that it’s very real. It can definitely impact our shopping decisions. Some retailers even go a step further, removing the dollar sign ($) in front of their prices. That makes us less likely to associate the price tag with with real money. Therefore, it’s easier for us to spend. Sneaky.

The key to avoiding this pitfall is to simply round up numbers. If an item is priced at $18.99, round it up. Tell yourself it costs $20. This is the best way to keep yourself on the straight and narrow. Here’s another interesting tip, for people who shop at Costco. Personal finance expert Clark Howard notes that items priced at Costco are only really on sale if the price ends in “.97.” Any items that have a price ending in 97 cents are being sold below cost, and are therefore truly on sale. Keep that in mind when looking around at prices.

The music played in most stores is akin to elevator music. You may not notice the music playing in the grocery store, but trust us when we say that it’s designed to keep you calm and slow you down. Research by the American Marketing Association has found that playing soothing music encourages consumers to take their time. That way, you’ll at more products instead of rushing out of the store with only a few items.

Music has been credited with adding hundreds of thousands of dollars to the bottom lines of retailers. What’s interesting here is that the impact of music seems to occur whether you consciously notice it or not. Even the upbeat pop music at clothing stores is designed to make you feel more confident and happy, encouraging you to splurge on that hip new look.

So how do you fight back against manipulation like this? The answer is to actually tune into and acknowledge the music. If you face the manipulation head on, it’s easier to avoid. Alternately, you could wear headphones. Or give yourself a time limit in a particular store. Tell yourself you’re only spending 15 minutes in the store, for example. Then stick to that timeline. Don’t hang around longer to browse just because your summer jam came on.

Creating a Sense of Urgency

You’ve all seen these phrases before.

“For a limited time only.”

Or how about, “only while supplies last!”

Or our favourite, “limit three per customer.”

These are marketing statements designed to create a sense of urgency. Your brains is tricked into think you absolutely have to act now,  before it’s too late. It’s classic psychology, designed to make you feel that you’re at risk of missing out on a bargain. What if other people get a better deal than you? What if you you miss a sale entirely?

Most stores have sales all the time. One ends, and a new one begins. Many items advertised as being on sale aren’t even really on sale at all. The retailer just wants to make you feel like you’re getting a bargain. Studies have shown that stores who simply price items at reasonable levels (say, $20 for a simple toaster) do considerably worse than others who put the same item “on sale” by advertising “Regular price $29.99, now 25% off. Only $22.49!”

See the difference? That’s no bargain at all. It’s only the retailer who is getting more of your hard-earned money. So fight back! How? Don’t shop with sales in mind. Stick to that list you made and only buy what you truly need, whether it’s on sale or not.

If you are in need of a big ticket item (a new TV or appliance, for example), take your time. Keep track of average prices for the model you want over a period of a few months. Then, when you see a particularly low price, take advantage. Just don’t get sucked into buying a bunch of stuff you don’t need (or want) just because the retailer is pressuring you with marketing slogans.