The Best Performing Stocks Over The Past Decade 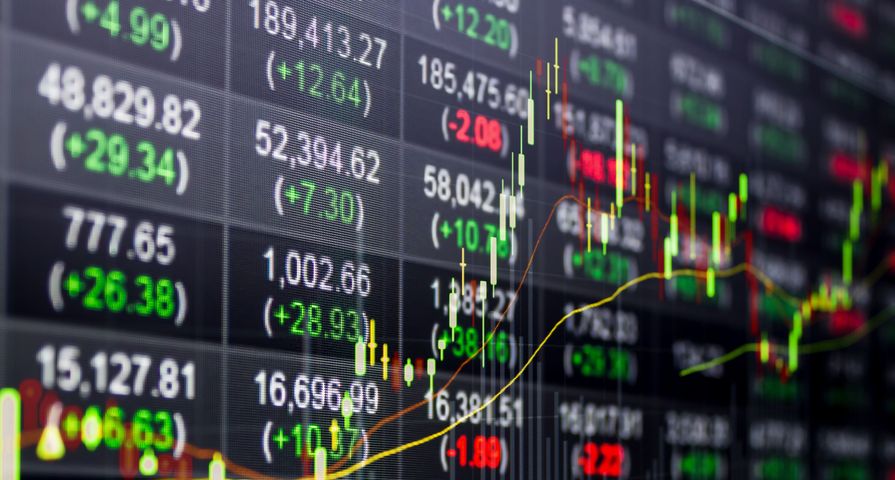 How to Start Trading Stocks for Free

Since 2009, the S&P 500 has averaged a compound annual return of 12.5%, with only two negative years of growth (2015 and 2018). While the markets have overall performed well this past decade, some individual stocks have performed even better. These teb have posted gains that are truly mindboggling. Some of the companies listed here are well-known brands, while others are more obscure. However, all of them have earned investors some handsome returns. Here is a list of the ten best performing stocks over the past decade.

Warren Buffet, the founder and CEO of Berkshire Hathaway, is widely considered to be the best investors in history. His holding company owns major stakes in a diverse group of companies, ranging from Geico Insurance and Coca-Cola, to Apple and American Airlines. Buffet is a classic buy-and-hold value investor. He’s owned the same positions in some stocks since the 1960s.

His legendary patience and commitment to sound investing fundamentals has paid off for investors. Berkshire Hathaway’s Class A shares have consistently outperformed the S&P 500 Index over the years, including during the past decade. In early 2009, you could have bought one Class A share of Berkshire Hathaway for $73,195. Today, that same share is worth $327,600. (Note: Buffet has never split the stock). The return on investment is a hearty 350%. Not too shabby.

In the financial services sector, the winner over the last 10 years has been American Express. The venerable company, which was founded in 1850, continues to dominate the U.S. credit card market. Today, a quarter of all credit card transactions carried out by Americans are made using an Amex.

Helped along by brand loyalty, canny advertising (Don’t leave home without it!), and exclusive arrangements with retailers such as Costco, American Express has continued to flourish since the market meltdown of 2008. In the spring of 2009, American Express stock traded hands at just over $13 a share. Today, the stock is worth $120 a share, for an appreciation of 662.39%. American Express has maintained its leadership position despite changing consumer tastes and new technologies.

Google is a lot more than a search engine. The company now has its hands in everything from cloud computing to electric vehicles. Along with Amazon, Apple, and Facebook, Google is one of the biggest and most dominant technology companies in the world. Founded by two Stanford University grads in 1998, Google has a stock price that reflects this fact.

Coming out of the Great Recession in early 2009, Google’s stock prices was at $160 per share. Today, those shares have risen 717.50% to just over $1,300 a share. Google’s rise and value have been driven primarily from online advertising revenue, as it’s one of the biggest ad networks in existence. However, Google has also been smart about diversifying over the past decade. Today the company owns popular brands such as YouTube, Nest, and Fitbit. It has branched out into consumer products such as the Pixel smartphone, Android operating system, and Google Home line. Plus it offers popular online products ranging from Gmail, Google Drive, Google Music, Google Photos, and Google Maps. All of which support Google Ads, of course.

In-mid 2009, you could have bought one share of online retail juggernaut Amazon.com for $75. Today, the stock trades at nearly $1,800 per share. To say that the company has experienced exceptional growth over the past decade is an understatement. In fact, many business analysts see Amazon as a bellwether stock. Its rise in the online shopping world is a defining symbol of the 2010s.

Today, Amazon is the world’s largest e-commerce marketplace. It has annual revenue of more than $230 billion. The company is now branching out from its retail roots to new areas, ranging from artificial intelligence and cloud computing to digital streaming services and consumer electronics. Today, Amazon has its hands in everything from the TV shows we watch to the food we have delivered to our homes. Where the next decade takes Amazon remains to be seen, but the company has clearly been a good investment.

Another well-known brand that has provided amazing growth to its shareholders is Domino’s Pizza. This low-tech business has succeeded thanks in large part to innovations in the delivery of its pizza. Their online ordering platform set the bar within the industry. The result is that Domino’s stock has surged more than 4,000% in the last decade – from roughly $7 a share in 2009 to nearly $300 per share today. Not bad for an old school company that was founded in 1960 and went public in 2004.

Throughout the 2010s, Domino’s continued to innovate and stay ahead of its legions of competitors. They even pioneered ordering a pizza by simple tweeted a pizza emoji at their offiical Twitter account. What a time to be alive! They also famously changed their pizza recipe to appease hungry customers.

Today, digital orders from the company’s app account for half of the chain’s total business. Constant advertising and brand loyalty have also helped deliver hefty returns to shareholders who are smiling from ear-to-ear.

Unlike many of the other companies on this list, Abiomed is not a household name. That’s a shame, since plenty of you would want to invest in a company that has delivered more than a 6,000% return to investors over the last decade. So what does Abiomed do, exactly?

The company is best known for bringing the first artificial heart to market. Based in Danvers, Massachusetts, Abiomed has existed since 1981 and has been publicly traded since 1987. However, it didn’t become one of the world’s best investments until the last decade. The recent success can be attributed to the U.S. Food and Drug Administration approving the use of its patented “Impella” heart pump. Today, the Impella is the gold standard in implanted heart devices. Its sales have reached a critical mass. In 2009, you could buy one share of Abiomed for $6, putting it on the edge of a penny stock. By 2019, one share of the company cost more than $400. Now that’s a good investment.

Another company that has helped to define the decade is Netflix. No other company has done more to usher in the digital streaming era than the Los Gatos, California-based company. While Netflix’s streaming supremacy faces growing competition from the likes of Apple, Disney+, and HBO, the company’s stock has proven to be a very good investment over the last 10 years, appreciating a staggering 6,450%.

A penny stock worth just about $4 at the start of 2009, Netflix shares hit a high of $408.25 in July 2018. While the stock has been under pressure this year do to the rising competition and outlays on original content generation, it’s currently trading at about $315 per share. There is no denying that Netflix was a seriously good investment for anyone who saw the future of binge watching TV.

While not a household name, cosmetics and hair care retailer Ulta Beauty has been growing steadily over the past decade. They’ve gone from 305 retail stores in the U.S. in 2009m to nearly 1,200 outlets today. In that time, the company’s stock has gained 7,000% in value. Incredible, yes. But not entirely unexpected to anyone who has followed this company’s path to success.

Founded in 1990, Ulta Beauty remained relatively small and unknown until this past decade. The company went public in late 2007 at a price of $32 per share. The stock cratered in 2008 and was trading at just over $5 per share in early 2009. Then Mary Dillon, a former marketing head at both Pepsi and McDonald’s, was named CEO in 2013. She brought a wealth of experience from two of the biggest consumer brands on the planet. Since then, the company has been on a non-stop growth tear. By mid-2019, Ulta Beaty shares were topping $350 each.

Everyone’s favorite fitness apparel maker, Lululemon Athletica has taken markets by storm since 2009. Its stock has appreciated a mind-melting 7,400% in that time, driven largely by strong sales of the company’s yoga pants, which have developed a cult-like devotion. Indeed, during this past decade, Lululemon’s stock has outperformed all others in the sports apparel category – from Nike to Fitbit.

Despite frequent executive turnover inside the company, Lululemon has continued to thrive even as a growing number of competitors and knockoffs flood the global marketplace. In 2009, Lululemon’s share price was just $3. Today, the shares trade at $225 each. The trend line for this company’s stock has gone straight up.

Wow! What else can you say about the share price of Jazz Pharmaceuticals. The Irish bio-pharmaceutical company has seen its share price increase nearly 25,000% since 2009. Most of this has been propelled by the success of an unlikely medication.

In April 2009, Jazz Pharmaceuticals share price bottomed out at just $0.60 a share. The company was in trouble. But the share price has rebounded over the last decade, owing to FDA approval of its innovative drug Xyrem. This new medication treats the rare condition known as narcolepsy, a chronic sleep disorder. Today, Jazz Pharmaceuticals shares trade right around $150 a share, for a 24,900% gain. Unbelievable! Global sales of Xyrem recently topped $1 billion and continue to grow.