The 10 Most Expensive Stock Prices of All-Time 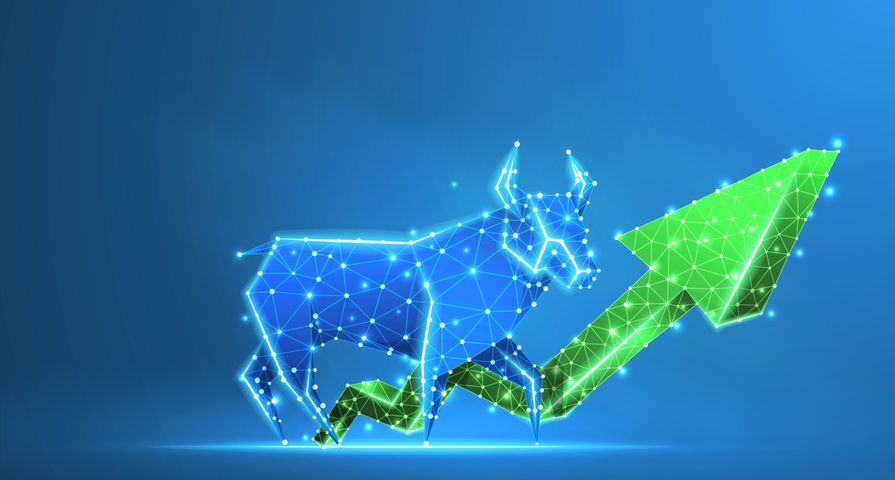 Deadweight Loss: Everything You Need to Know

A lot of factors go into the price of a stock. Earnings and financial results are one thing. Supply and demand is another. And then there are the various analyst reports and professional recommendations. The movement of the broader market also impacts the price of individual stocks. Remember that a high stock price does not, on its own, indicate quality. Stock prices are often artificially elevated by investors and traders. They can also be inflated if the stock has never been split. Regardless of the reason, some stock prices have risen to astronomical highs. It prices out most retail investors, unless they start to explore fractional trading. It would be hard for the average retail investor to afford more than a handful of shares of these particular.  In this article, we look at 10 of the most expensive stock prices ever (and what can be learned from their lofty valuations).

The stock price of Detroit automaker General Motors currently sits around $56. However, the iconic American company has a long history that once saw its share price at nearly $700. They were the largest automaker in the world between 1931 and 2008, before Toyota assumed the mantle. GM was one of the most valuable companies in the world for decades. In fact, GM’s stock hit a record high of $697 a share back in September 1916. That made it the most expensive stock in the world, at the time.

Fast forward to the Great Recession of 2008-2009. General Motors was forced to file for bankruptcy protection. Its share price fell to below $1 in May 2009. It’s been slowly recovering over the past decade. The company’s renewed focus on electric vehicles has helped push the stock up above $55 a share today. However, it remains a long way from its peak more than 100 years ago.

Apple is the biggest technology company in the world today. They have a market capitalization of more than $2 trillion. The company, which was co-founded by Steve Jobs in a garage back in the 1970s, has seen its stock hit many milestones since the company went public in December 1980. Over the years, Apple has split its stock a total of five times. They most recently performed a 4-to-1 split in August 2020.

Despite the numerous splits, Apple’s share price hit an all-time high in September 2012. That came after the company reported a quarterly gain of more than 70%. The share price peaked at $702.10. The stock’s price got so elevated that Apple undertook a 7-to-1 split in 2014. Following last summer’s stock split, Apple’s share price is today hovering at a more affordable $135 a share. It likely won’t be long before the stock is again running higher, considering the public appetite for iPhones, iPads, and MacBooks.

Calumet and Hecla no longer exists as a company. However, it was the world’s leading copper mining business in the late 19th and early 20th century. The company had great success mining copper in Houghton County, Michigan. In fact, they did so well they produced nearly 100 million pounds of copper in a single year (1906). That success propelled the company’s stock price to a peak of $1,000 a share in 1907 — a huge sum in those days.

The company rewarded its shareholders by paying out $72 million worth of dividends between 1900 and 1920. Sadly, the copper boom eventually went bust. The last of the Calumet and Hecla mines closed in the United States in 1970. Still, the company had a great run while it lasted.

Chipotle Mexican Grill remains one of the most popular restaurant chains in the world. It has franchise locations in the U.S., U.K., Canada, Germany, and France. The company is known for Mexican cuisine, such as burritos and tacos. It takes its name from the famous Mexican spice called chipotle. The company has a reputation for being ethical and operating in a sustainable way. For example, they advocate for the use of natural products and real animal meat.

Founded in 1993 by Steve Ells, Chipotle is headquartered in Newport Beach, California. It has over 2,500 restaurant locations in the U.S. alone, with plans to continue expanding aggressively. Chipotle stock has grown steadily since the company went public in 2006. In fact, it’s risen 3,400% in that time, starting at about $42 and ballooning to a top price of $1,550. It currently sits around $1,470. Like many stocks on this list, Chipotle has never split its shares.

Alphabet is the parent company of everyone’s favourite online search engine. Google remains a cash cow for Alphabet, bringing in billions of dollars a year from advertising revenue alone. However, Alphabet is more than just online searches. The company is also involved in developing self-driving cars, wearable tech, smartphones, cloud computing, to name a few of its many ventures. Oh, and it also own YouTube.

Alphabet’s stock has been a powerhouse for nearly 20 years now. Since going public in 2004, Alphabet’s stock has risen 4,320% to its current level of roughly $2,386 a share. Alphabet has only split its stock once, literally breaking it in half in 2014. The split did little to slow down the stock’s momentum.

At its current price of $3,465 a share, Amazon stock is out of reach for most individual investors. However, many Wall Street experts see the stock of the world’s leading online retailer moving above $4,000 before the end of 2021. The company and its stock have only benefitted from the pandemic, since retail lockdowns and stay-at-home orders pushed everyone to buy even more products online.

Today, Amazon is synonymous with online shopping much the way that Google is synonymous with online searches. However, it hasn’t been all smooth sailing for Amazon stock. The one-time online book retailer saw its share price fall below $10 after the DotCom bubble burst in late 2000. The stock also split three times in quick succession after the company went public in 1997. However, Amazon has resisted calls for another stock split for more than 20 years now. Their extremely high stock price reflects that.

Meat and agriculture company Seaboard has seen its stock price come down during the global pandemic. It’s actually soared much higher at various times in the past. However, Seaboard stock remains quite expensive today, at roughly $3,700 a share. That’s especially pricey for individual retail investors.

Seaboard stock peaked in 2019 (pre-pandemic) at a record high of $4,650 a share. Since then, the stock has fallen quite a bit. However, it appears to be on an upswing again. Seaboard remains one of the largest producers of grain and agriculture products in the United States. The company’s milling facilities process and sell grain products all over the world. They are also one of the biggest pork producers globally. However, the company is probably best known for its “Butterball” turkey brand.

NVR might not a household name. However, it’s still a successful company with an expensive stock price. The Pittsburgh, Pennsylvania homebuilder operates under the commercial names of Ryan Homes, NVHomes, and Fox Ridge Homes, among other titles. The company builds and sells homes in many states, as well as offering mortgage financing and title insurance to homebuyers.

NVR’s stock is currently at an all-time high of $5,089.00 a share. The pandemic initially caused NVR’s stock price to drop dramatically. It fell from $3,845 on March 6, 2020, down to $2,327 just two weeks later. Since then, though, NVR stock has not only rebounded completely but ascended to new heights. The company has never split the stock, despite repeated calls from analysts to do so.

At just under $100,000 for a single share, Swiss chocolate company Lindt & Sprüngli AG is one of the most expensive stocks in the world. The company, which runs a chain of more than 400 branded stores and cafes worldwide, has been a leading Swiss company since it was founded in Zurich in 1836. The small family-run candy store has grown into one of the most successful companies in the world today.

Today, it owns many chocolate and candy companies around the world, including Russell Stover Candies. Lindt churns out its famous chocolate products from factories based in Switzerland, Germany, France, Italy, Austria, and the U.S. Along with the chocolate bars and sweets, the company also produces ice cream. The company’s most popular product today is its “Lindor” brand of chocolates. Lindt & Sprüngli has never once split its stock, which today trades at roughly $90,000 a share. It’s topped out around $93,000 per share before, most notable right before the pandemic hit. Not cheap, which places Lindt as the second-most expensive stock on this list.

Famed investor Warren Buffett likes to portray himself as a man of the people. However, you wouldn’t know it by looking at the stock price of his holding company Berkshire Hathaway. The class A shares of Berkshire Hathaway are worth $422,724 each this week. That’s right. Potential investors would have to spend nearly half a million dollars to purchase a single share of the company’s class A stock. Investors have been known to sell their houses or remortgage them just to buy one share of Berkshire Hathaway’s stock.

Notable companies that are owned by Berkshire Hathaway include Geico Auto Insurance and Helzberg Diamonds. Berkshire is also one of the largest shareholders of Apple, Bank of America, and Coca-Cola. Buffett’s success as an investor led to an amazing increase in Berkshire’s share price. Even though it has grown exponentially, Warren Buffett has always refused to split the stock. However, retail investors who cannot afford such an expensive stock need not worry. Berkshire Hathaway’s class B stock sells at a much more affordable price — about $275 per share.