Lightspeed Trading: The Pros and Cons 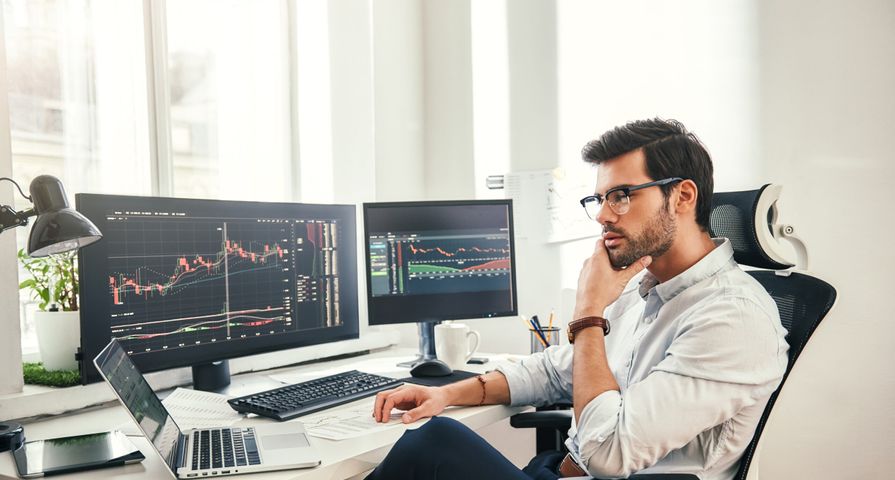 Everything You Need To Know About Robo-Advisors in Canada

When I first heard my friend talk about Lightspeed trading, I immediately thought about high frequency trading. I instinctively assumed that he was talking about those computer trading algorithms. If you’re not aware, they are used to trade stocks at speeds as fast as one-64-millionth of a second. The speed advantage might only be worth a couple of pennies per trade, but it all adds up after millions of automated trades per day. Once the discussion with my friend got underway, I realized I was wrong. It became clear that he wasn’t talking about the algorithmic trading that’s been blamed for all kinds of market mishaps, from flash crashes to heightened volatility. He was instead talking about the trading platform Lightspeed Trading. So is this brokerage firm a platform you should be using? Let me tell you what I found out.

The Basics of Lightspeed Trading

On the surface, Lightspeed Trading is just like any other brokerage firm. Its not that different from Charles Schwab or Interactive Brokers. Dig a bit deeper though, and you’ll start seeing some important contrasts. First of all, Lightspeed caters directly to high-volume traders. This is very apparent in its pricing structure. They charge based on the number of shares traded, as well as on a per share basis.

They also have a fairly high minimum account balance starting, which starts at $25,000 when using their desktop trading software. The minimum drops to $10,000 if you only use their web platform. However, the web interface is going to be a chunkier (and possibly slower) setup as you need to deal with page load speeds. Lightspeed, of course, recommends using their dedicated software.

Future contract pricing is much simpler. You pay $1.29 per side and $1.79 per option contract on futures. As you can guess, these fees can really add up over the months.

That’s a good question. Before the race to free commissions, Lightspeed Trading’s commissions were on par with others at $4.50 a trade and $0.0045 per share. Their price advantage really shines when you trade more frequently, dropping to $2.50 per trade for those who trade more than 10,000 trades a month. It goes as low as $0.0010 for those with a monthly volume of 15,000,000 shares or more. Nowadays, it’s much harder to justify paying commissions, especially when you consider that Lightspeed also charges for routing fees. With so many free (or less expensive) options, why use Lightspeed at all?

Well, it’s not exactly standard stock trading. You’re really paying for their ability to let you send orders to over 100 order routing destinations. Have you ever noticed your trades don’t always execute, even when there are shares that trade hands at the price that you set your limit orders at? That’s because you are in line with your order. The brokers haven’t routed your trade to the right buyer yet. When a platform sends your order to more destinations at high speeds, it gives you a higher chance that your order will execute first. In normal times (and for the vast majority who really only trade in popular stocks) this really isn’t a problem. But the further you venture into thinly traded stocks, the bigger the advantage you might need.

Another time this advantage will shine is during a market crisis. When the market is crashing and everybody is looking to exit their positions, those with superior routing will get their orders filled first. Others may be left holding the bag. In this regard, Lightspeed provides a big advantage over more popular trading apps or platforms.

Speaking of a market crisis, almost all of the major firms have had a boom in new customers recently. Many have had high traffic issues that left their web platform useless, since they couldn’t even load properly. This is made worst with the overloaded customer service phone lines. I remember trying to get through to my Charles Schwab support line last year at the onset of the pandemic. Each phone call took more than an hour. If I needed help with a time sensitive trade, it would’ve been way too late by the time I got someone on the phone.

Maybe $25,000 doesn’t sound like a lot for a serious trader. However, this moderately-sized minimum amount to open an account cuts the number of customers way down. That lets Lightspeed focus their resources on its customers. Lightspeed also claims that every one of their experienced support staff is available during regular and extended market hours. In times of crisis, these little things matter a great deal. If you are planning to execute a ton of trades every month (and have over $25K), Lightspeed has some attractive features.

As you may have noticed, Lightspeed caters to the higher frequency traders. It’s not for the average Joe. That’s why its web and mobile app, while available, isn’t really going to be its main focus — not for a while, at least.

What’s the most exciting for Lightspeed customers is the introduction of its Application Programming Interface (API). Customers with the expertise can now hook into the Lightspeed platform via code. That means you can put your own trading ideas on automation. Those orders will be executed on pre-determined algorithm.

Lightspeed’s services can be viewed as “high frequency trading lite.” As we mentioned, really high performing algorithmic trading can be executed at a ridiculously fast speeds. The Lightspeed platform, on the other hand, promises speeds as high as 1,500 orders a second. That’s still incredibly fast for just about everybody. However, it’s not nearly as fast of some of the high velocity institutional trading that happens on Wall Street every day.

Lightspeed Trading isn’t for the average internet user who became interested in stocks because of the Gamespot or Dogecoin pushes. After all, there are a number of other major online brokerage firms where you can trade for free. Still, if you’ve become a legitimately serious day trader, Lightspeed’s high volume capabilities might be for you. You never know — one thing could lead to another and next thing you know you’re hiring a team of programmers to build out your trading algorithm.