IRA vs 401k: Key Differences and How to Choose 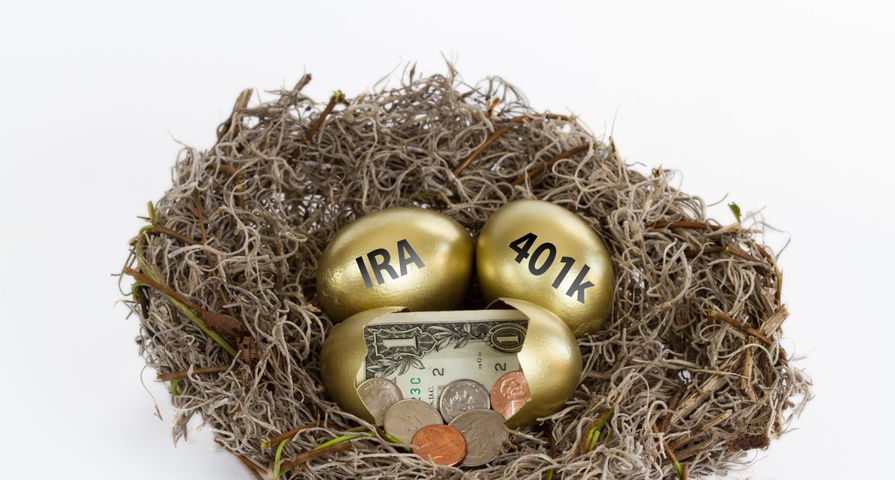 Things You Need to Consider When You Are About to Retire

When it comes to saving for retirement, both a 401k or an Individual Retirement Account (IRAs) are viable options. However, each of them function a little differently. They offer similar, but not quite the same, benefits, depending on your personal employment situation. The choice of which vehicle is best for you depends largely on your retirement goals and time horizon. It may also depend largely on your employment situation. In this article, we take a deeper dive into IRA vs. 401k accounts. By the end, you should have a better understanding of how they each work, and which one will help you get closer to that dream retirement.

A 401k is a tax-deferred retirement savings account. It’s normally only offered by employers, directly to their employees. These “defined contribution” plans are a great way for employees to start saving for retirement. Employees contribute a percentage of their gross pay (usually somewhere between two and ten-percent) into their 401k. Then employers will often provide a matching amount (up to certain limits). The two contributions combine to form a growing retirement fund.

The contributed money held in a 401k can be invested in stocks, bonds, mutual funds, or exchange traded funds (ETFs), among other securities. Investment gains (including income through dividend payments) accumulate and compound on a tax-deferred or tax-free free basis. depending on the type of account you have. Money in a traditional 401(k) is not taxed until it is withdrawn, which presumably won’t be until you retire.

Some U.S. employers also offer what are known as Roth 401ks. Unlike a traditional 401k plan, these accounts are funded with after-tax money. That means they aren’t tax-deductible and your money grows tax-free in investments held in the account. However, withdrawals can later be made without paying taxes on them. Roth 401k plans are typically used for those who expect to be in higher tax brackets in retirement than they are while working. For example, perhaps you know that you will eventually inherit a large amount of assets from your family. Paying into a Roth 401k with after-tax income when you’re young could save you from paying a boatload of taxes in your Golden Years.

Many employers offering 401k plans also contribute a matching percentage to their employee’s retirement funds. They vary from company to company, but often include a maximum upper limit. For example, a company might match every dollar, up to $5,000. So if an employee contributes more than that, the employer doesn’t continue matching. Another common method is to use percentages. If an employee commits 5% of their pre-tax income to their 401k, the company will match those dollars. However, if an employee ups that to 8%, the employer still only adds 5%.

If your employer offers some sort of match, it’s in your best interest to try to maximize that amount. Regardless of the method, this is basically free money offered to any employee. You can consider it as a small raise, except you can’t spend the money until you retire. Make sure you review the terms of your 401k documents carefully.

For example, your employer may provide you with matching funds in your account. However, they may not vest until you have been with the company for at least five years. That means you cannot take the money with you if you leave before meeting some minimum time commitment for staying with the company.

You want to make sure you’re getting the most out of it. For most people, that usually means deciding to send at least 5-to-10% of your gross income into your 401k.

As mentioned, money withdrawn from a 401k is taxed at whatever tax bracket you currently fall into. That’s why most people wait until retirement to use the funds, since they aren’t getting regular paychecks anymore. There are no penalties for early withdrawals, as long as they are made after the age of 59 and a half.

There are ways to withdrawal from your 401k early, though. You may be permitted to “take out a loan” from your funds, to fund the purchase of a new house or some other financial hardship. You have to pay back these funds within a set time period (typically five years). These loan payments are usually taken directly off your paycheck, like your normal contributions. While it can be helpful to have a source of extra money in an emergency, it’s generally not advisable to borrow from your 401k. You miss out on years of contributions and compound interest gains. Instead, consider starting an emergency fund.

Individual Retirement Accounts (IRAs) are also a form of tax-deferred retirement savings accounts. They can be opened and held by banks, brokerages, and investment firms. The key difference is that IRAs are not employer sponsored. They are more typically used by those who are self-employed to save for retirement. They are also used by those looking to save even more money for retirement than their employer’s retirement plan allows. The funds put into a Roth IRA are after-tax dollars (meaning you have already paid taxes on them before contributing) or pre-tax dollars for a traditional IRA.

An IRA account can be as simple as a savings account. It can also be treated as a brokerage account, with the money put into various investments. Even real estate can be held in a special type of IRA account, called a Self-Directed IRA.

Like 401ks, contributions to traditional IRAs are generally tax-deductible. Earnings, interest, and dividend income grow and compound on a tax-free basis. However, with a Roth IRA, contributions are made with after-tax dollars. That means you won’t receive a tax deduction in the year the contributions were made. However, withdrawals from a Roth IRA are tax-free when taken out in retirement.

Annual contribution limits for traditional and Roth IRAs are typically $6,000, as of 2021. There’s an additional $1,000 catch-up contribution allowed for people aged 50 and older. The single biggest downside of an IRA is that they don’t normally include any sort of matching contribution from your employer. Similar to 401k accounts, most IRAs do not allow penalty-free withdrawals before the owner reaches the age of 59 and a half.

So how does the IRS vs 401k argument truly break down? Which one is best for you depends on a few things — some of which you can’t fully control. For example, if your full-time job offers a 401k (with contribution matching), it’s a no-brainer that it should be your primary choice. Why wouldn’t you take advantage of the free money on offer? However, if you are self-employed (or work somewhere that doesn’t offer a 401k), things are a little less clear. A traditional or Roth IRA might be the best option for people in those situations.

Which is Right For You?

Remember that you aren’t limited to just one retirement saving account. If you have a 401k at work, you can still open an IRA separately. In fact, many savvy savers use both to save for retirement. Here are some other things to keep in mind when considering a 401k, an IRA, or both:

Both 401k and IRA plans offer numerous benefits to anyone saving for retirement. While they are different, they each provide certain tax advantages as you try to build a nest egg in order to leave the workforce. Which savings vehicle is best for you, depends on your personal circumstances. Whether you are self-employed or employed by a company that offers a 401k makes the biggest difference.

When in doubt, seek professional advice from a retirement or tax expert. Your retirement goals will vary based on income level, your age, and your planned retirement date. You may also be able to get more information from the employee who administers your company’s 401k accounts. They will educate you more about how they work and how you can use them to your advantage.