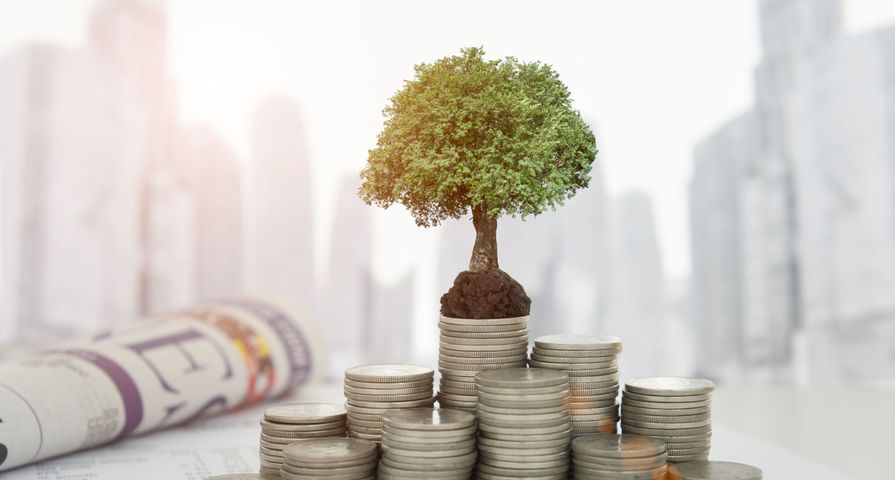 The bulls are running rampant on Wall Street as we enter the final month of 2019. Stock markets around the world are hitting new highs. However, while it is important to make hay while the sun shines, the good times never last forever. Eventually those markets will come back down to earth.

Although stocks are a great investment vehicle, there are many other worthy investments that you can use to make money. There’s plenty of reason to plan some of your financial future without worrying about the stock market at all. If you want to truly diversify, consider some of these alternative investment strategies.

There are many precious metals that you can invest in. Many of them will provide excellent returns. However, none are quite as good an investment as gold. Among experienced traders, gold is known as a “safe haven” investment. Not only is gold held in reserve by central banks around the world, but when times get tough for stock markets, investors tend to move money into gold. Essentially, buying gold is a hedge against a downturn in stocks.

When prices fall on Wall Street, the price per ounce of gold tends to rise. Since the Great Recession of 2008, gold prices have been on a run. In January 2009, the price of gold was hovering around $900 an ounce. It peaked at $1,825 an ounce in 2011 and today is hovering right around $1,500 an ounce. Should global markets take a battering, you can bet that gold prices will rise further. That makes them a potentially good investment to offset stock holdings.

Wealthy people tend to invest in collectibles, be it wine, art, or vintage cars. It’s not only because the rich have extra cash to spend. They know that collectibles tend to be great investments that appreciate over time. Expensive wine, art, and rare cars are often sold at auctions for outrageous sums of money.

Consider the following: a 73-year-old bottle of French Burgundy wine sold in 2018 at an auction run by Sotheby’s for a record sum of $558,000. Vintage cars and original art works sell for millions of dollars.

It’s not just the “one-percent” who can afford to invest in collectible items. There are many collectible bottles of wine available for a few hundred dollars. There are also new artists whose paintings sell at affordable prices. Other collectibles with strong appreciation include coins, stamps, watches, antique furniture, baseball and hockey cards, vintage toys and board games, vinyl records, action figures and comic books.

Many of the most valuable collectibles ever sold at auction were found in attics or at garage sales. A 1952 Topps brand Mickey Mantle baseball card sold at a 2017 auction for $1.13 million. It’s original price? It was sold in a pack with other cards and a stick of gum for five cents. Now that’s a good return on investment!

One important thing to remember, though, is that things are only valuable if they are rare. That’s why the millions of normal Beanie Babies aren’t worth squat today. Pete Rose’s autograph is also worthless, because he’s signed thousands of them. The scarcity of a collectible is what drives up the price.

Another good hedge against declining stock prices are government bonds. A bond, by definition, is a fixed income instrument that represents a loan made by an investor to a borrower. Bonds are used by municipalities, states, and the federal government to borrow money. That money is used to finance their ongoing operations and/or major infrastructure projects such as roads and dams.

Governments often need more money than a bank or taxes can provide. Bonds provide a solution by allowing many individual investors (such as yourself) to assume the role of the lender. Public debt markets let thousands of investors each lend a portion of the capital needed to a government, which promises to repay the loan by a specified date and with an agreed upon interest rate.

Private sector corporations can also issue bonds, but bonds issued by governments are widely viewed as a more secure investment. U.S. Treasury bonds are widely viewed as the best bond investment. Known as “T-Bonds,” these are U.S. government debt securities that have a maturity range between 10 and 30 years, a fixed interest rate, and pay out interest to bondholders twice a year.

This investment vehicle is probably the riskiest on this list. It might require you to be actively involved. However, lending money to a small business can pay big dividends – if done properly. Small businesses often require capital to get off the ground or push growth. Taking money from private, individual investors is one way that they can do this. If you are investing your own money into a business, you’ll want to follow some basic ground rules.

These include only investing money you can afford to lose, requiring that the owner has a sound business plan, drawing up a binding contract that specifies clearly your return on investment (or ownership stake), and keeping copies of all documents. If you’re careful and do your due diligence, investing in a business can have growth potential. Just remember that success is not guaranteed.

One last word of advice. Lending money to a friend or family member often comes with added emotional baggage. It can cause a host of problems if things don’t go smoothly. However, if you’re smart about it, your money can help a small business grow and offer you a solid return.

It may sound like a cliché, but real estate is traditionally one of the very best investments. Whether you’re looking at vacant land, a residential home, or a commercial building, real estate prices tend to only move in one direction long-term: up.

In January 2009, the median price of a standalone house in the United States was $208,600. At the start of 2019, the median house price was $330,900, according to the U.S. Department of Housing and Urban Development. That’s an appreciation in value of 58.6% over 10 years. On an annualized basis, house prices in the U.S. have risen an average of 4.72% each year during the past decade. Consider that most mutual funds comprised of stocks target an annualized return of 3% to 5% and you can see that real estate is a sound investment.

In major cities such as Los Angeles, Chicago, and New York, real estate prices tend to rise more dramatically. And land, particularly waterfront properties, hold their value and have strong price appreciation. Whatever the type of real estate you invest in, be sure to remember the timeless adage: location, location, location. Buying a property in a desirable area is the best way to ensure that your investment increases in value over time.