What Is Final Expense Insurance and Do You Need It? 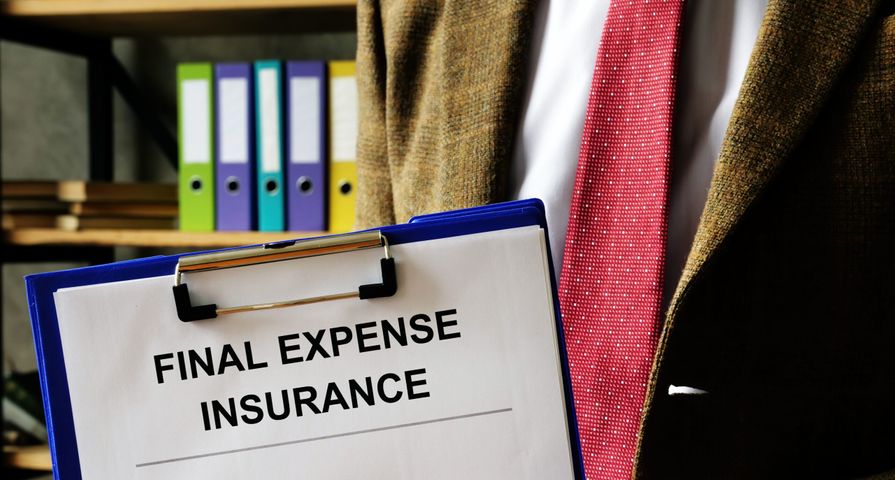 What's An Insurance Binder? Everything You Need to Know

We recently went through the trauma of losing my dad. We were fortunate that our finances were solid enough to not have to worry about funeral costs. In fact, my sister wanted to spend even more money. She wished we got a bigger reception room at the funeral home, since far more people showed up than we expected. Yes, even despite the concerns and protocols surrounding the pandemic.

Still, I saw firsthand how almost everything about a funeral costs a pretty penny. From clothes to flowers to candles to makeup, everything is marked up a notch when it’s related to a funeral. A relatively simple funeral for my dad quickly cost a few thousand dollars. It could have easily been much higher, too. It’s no wonder that so many families struggle to afford this kind of sudden expense.

No, you can’t simply buy final expense insurance on your death bed and expect a payout.

When I heard about the benefits of a final expense insurance, I wondered if there was a loophole. Could you just wait until your parent (or other relative) was relatively close to the end of their life? Could you still buy it after a major medical event like a stroke or heart attack? What about after a terminal illness diagnosis?

For example both my grandfather and father-in-law were in the ICU for months before they died. Couldn’t either of them have simply added a final expense policy when things were looking bleak? After all, they wouldn’t be around to pay the premiums for much longer and then their families would receive the extra payout. Wouldn’t that be like gaming the system, though? If enough people did this, wouldn’t it bankrupt the insurance companies?

Turns out that the insurance companies planned for that kind of loophole. I found out that although most standard policies don’t require a medical exam (and they won’t look at your medical records), they do require you to answer a health questionnaire to determine eligibility. There are special policies that skip the questionnaire step entirely. However, those policies typically have a built-in waiting period. That is, they won’t pay out unless at least two-to-three years have passed. So no, you can’t run out and get funeral insurance in the days after a terminal cancer diagnosis.

If you have serious health issues, you might not qualify for a final expense insurance. In that case, you’ll obviously want the policies that doesn’t require a health questionnaire. These policies are called “guaranteed issue.” Aside from the waiting period (where the benefit won’t be paid if the policy holder dies within a certain time frame), premiums are generally much higher. The good news, though, is that the premiums cannot be wasted. If insured person dies within the waiting period, the premiums are simply returned, with interest. While they may not cover the cost of a funeral, at least they aren’t lost forever.

There’s a third, middle ground option for final expense insurance. It’s known as graded benefit insurance. Instead of the all or nothing approach of the other two options, a graded benefit policy is more nuanced. It will pay out a portion of the policy based on how long the insured has been paying premiums. For example, it might pay out one-third of the total amount if the insured party dies within a year. Then the payment increases to two-thirds if the decease dies in the second year. At some point in time down the road, the full benefit is unlocked. (Once the insurance company is sure you will make them a profit, no doubt.) You’ll still need to qualify for a graded benefit policy based on your health. However, the requirements are generally much easier than getting a standard policy.

Which Option Should You Pick?

With final expense insurance being just a type of whole life insurance, there are basically four different types of insurance that acts the same way. After all, the gist of whole life is that once you qualify for a policy, you agree to pay a predetermined monthly premium forever. When you die, the policy will pay out a set amount to your beneficiaries.

The way to figure out what type of final expense insurance you would want (assuming you want a life insurance at all) is to think about the following questions.