What is Hazard Insurance and Do You Need It? 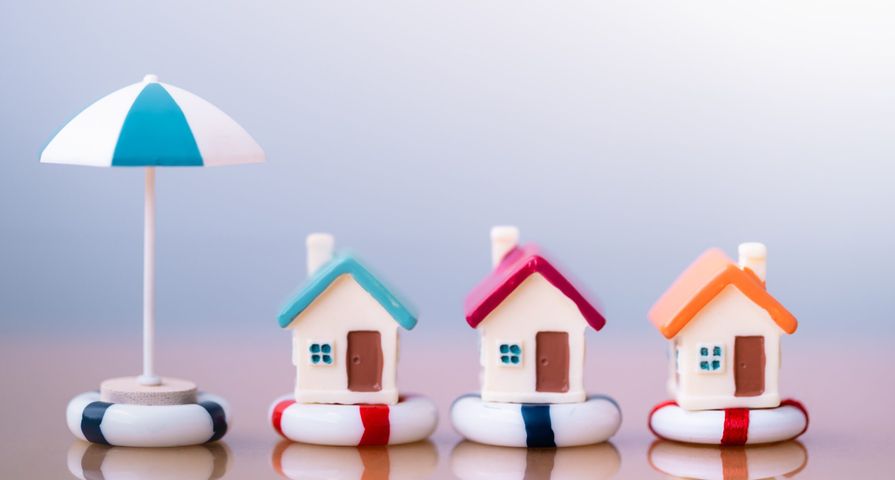 When I tried to refinance my house last year, one of the first things the new lender wanted to see was a hazard insurance policy on my house. I was honestly surprised when they made that request. I knew about the need for homeowner’s insurance, of course. But what’s hazard insurance? Was it another expense that I would have to pay in order to qualify for a loan? I certainly didn’t want a repeat of how I was talked into unnecessary auto coverage when I leased a car a few years ago.

What is Hazard Insurance?

What Does Hazard Insurance Cover?

Hazard insurance typically covers damages caused by natural disasters, like fire, wind, or hail. Other events that it covers include explosions, power surges, and water damage caused by an appliance or burst pipe. It also covers theft and vandalism. Every policy is a bit different though. It’s important to double check when you are shopping for coverage to make sure you know what you are paying for.

For example, almost every kind of hazard insurance doesn’t cover flood or earthquakes. It’s a bummer for me, since I live in Southern California. The active fault line directly beneath us gives us mini-earthquakes all the time. On the other hand, not having the disaster covered automatically may be a blessing in disguise. Having default hazard coverage would probably drive my home insurance premium even higher.

Homeowner’s insurance typically includes some form of hazard insurance. However, that doesn’t mean it’ll be spelled out in your policy with the exact same language. Sometimes, the policy will separate the structural coverage into dwelling coverage. That includes the structure of the home itself and other structural coverage, like a detached garage, fence, or deck. The important thing to remember is that hazard insurance covers the structures of your home.

If you are trying to figure out whether your policy would satisfy what a mortgage lender wants, just make them do the work. Send them a copy of your policy or quote. They will review it themselves and let you know whether it’s adequate.

When I went to shop for a homeowner’s insurance, many of the providers refused to even give me a quote. They simply said they won’t be able to provide coverage for my house. Apparently I live in a high-risk location. I was told they just can’t price a policy properly, since my house was close to an area at high risk of wildfires.

There are other reasons insurance companies will refuse to insure your home against hazard. These include having lapsed coverage, a history of filing numerous claims, having a criminal record, and even working from home. In some cases, it doesn’t matter that you’re willing to pay an increased premium. You simply aren’t worth the risk, according to the insurance companies.

You May Get Conditional Approval for Hazard Insurance

One company (Nationwide, in my case) was able to price out a policy for me. However, they required that I have a home alarm installed. It had to include both burglary and fire alarm monitoring. That was unfortunate, since the pandemic is forcing us to all be at home anyway. The home alarm is basically a complete waste of money so far. Still, I didn’t have much of a choice. So I had installed and pay for monitoring services. It added a few hundred dollars to the cost of insuring my home.

Your attempts to get hazard insurance may also include similar conditions. It’s not uncommon for houses in extremely cold climates to also require some sort of alarm with temperate monitoring. After all, a frozen pipe can burst and cause thousands of dollars in damage very quickly.

Do You Actually Need Hazard Insurance?

Lots of people exploit a common loophole. They obtain hazard insurance in order to satisfy their mortgage lender, but then quickly cancel it once the deal closes. It’s technically frowned upon, but then I’ve never heard of any lender doing spot checks of their borrowers to see if they still have coverage. I doubt they even care, unless you start missing mortgage payments. That’s just my personal opinion, though.

Still, I can honestly tell you that I still have my policy. The city I live in recently had a major wildfire scare. It was on the other side of town, so we were luckily safe from this particular disaster. However, a lot of my friends lived in the area that was evacuated. In fact, I housed one of my friends (and their family) for four days. Those who had insurance went to hotels, since they could get reimbursed for the cost. However, my friend simply had no place to go because the hotel costs were too high.

The pictures of the fire that week were pretty scary. The fire was literally steps away from some people’s backyards. Even street signs in my friend’s neighborhoods were catching fire and burning down. If the amazing firefighters weren’t able to hold the line and prevent the fire from spreading into the homes, some of my friend’s houses would have been burned to ashes.

If that were to happen, I can only imagine the devastation. Everything I own is basically in my house. There are a ton of material possessions, sure. They can be replaced. However, there are also a lot of memories, like family pictures and gifts people have given us over the years. I would lose it all if my house burned down. And if I didn’t have hazard insurance, I would be responsible to pay for rebuilding my home (and figuring out how to pay for living costs while it’s rebuilt).

One natural disaster could literally wipe out your entire life savings and more. Hazard insurance can be expensive, but it could save you from a lifetime of regret. On the other hand, the chances of this happening are actually quite small. I’ve made my choice as to whether the insurance is worth it. The answer may depend on where you live, and whether your home is prone to extreme weather conditions like tornados or wildfires. You’ll have to make up your own mind, though.