The Most Expensive U.S. Cities To Live In 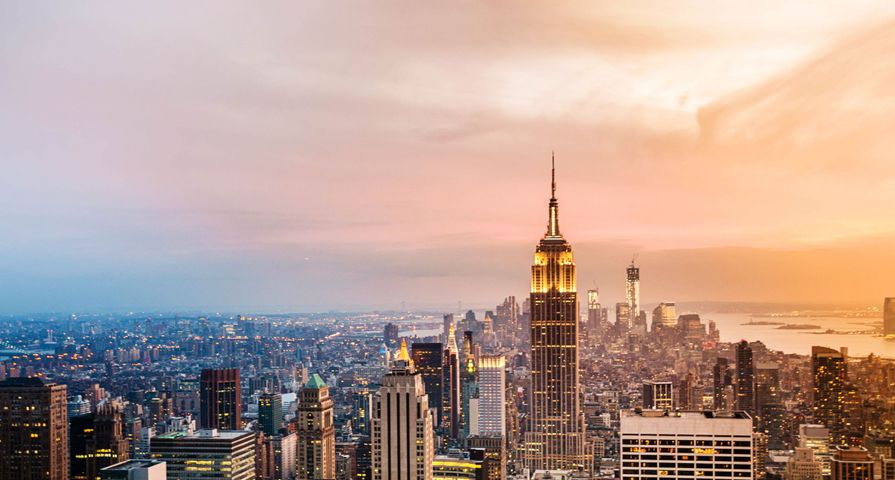 Important Tax Changes You Need to Know About For 2021

Similar to how you need to have money to make money, there’s a bit of a catch 22 in choosing a place to live. The best financial opportunities are often found in prosperous cities. However, it often costs more to live in one of these places. Finding a balance between living costs and your own income is one of life’s great financial struggles. It only gets further exacerbated if you decide to settle down somewhere with a higher than average cost of living.

Using data from the Council for Community and Economic Research’s Cost of Living Index, we’ve compiled a list of the most expensive cities in the United States to live in right now. This index measures the price of housing, utilities, groceries, transportation, health care, and other goods and services in 270 urban areas across the country. To put it simply, living in certain U.S. cities will cost you a ton of extra cash.

If you’re thinking of relocating but also want to save some money, you should probably avoid the following ten cities. They have the highest cost of living in the U.S.

Home to over four million people, Los Angeles is California’s most populous city. It’s also one of its most expensive. Despite its association with Hollywood glitz and glamor, L.A.’s high cost of living has been boosted not only by rich movie stars, but a healthy manufacturing and tech startup scene as well. Unfortunately, the median income is $3,000 below the national average. That makes it difficult for most residents to live comfortably. In fact, more than 20% of L.A.’s population lives in poverty. That’s a depressing reflection of the city’s stark economic divide.

This city is so synonymous with wealth and privilege that Fox made a hit TV drama about it. Orange County (or simply “The O.C.”) unsurprisingly lands in the top ten most expensive U.S. cities to live in. Technically, we’re cheating a bit with calling Orange County a city. It’s actually a large metropolitan area consisting of multiple cities.

Anaheim, Santa Ana, Irvine, and Huntington Beach are the county’s most populous cities. Smaller, affluent areas like Newport Beach and Laguna Beach are what truly drive up Orange County’s high cost of living. You’ll find some of the most valuable real estate in the country here. In fact, average home prices in Orange County trail only San Francisco, New York, and Honolulu as the country’s highest.

Boasting world class universities and colleges, as well as a thriving economy, Boston is one of the most desirable places to live in the United States. Students from around the world flock to Boston area universities such as Harvard and MIT. Both of those schools routinely rank near the top of the World University Rankings.

Economically, Boston is one of the most prosperous cities on the East Coast. It has a strong presence in industries such as finance, biotechnology, and innovation. The city is home to nearly 2,000 startups. Unsurprisingly, all of these factors have driven Boston’s cost of living up well above the national average. Financial experts suggest you would need a household income of over $84,000 to live well.

Arlington isn’t a place that generally springs to mind when one thinks of America’s most expensive places to live. However, when you consider its close proximity to the nation’s capital, Arlington’s high cost of living starts to make sense. Located just across the Potomac River from Washington, D.C., Arlington is technically a county, not a city. In fact, geographically it’s the smallest self-governing county in the U.S.

Arlington is also home to the Pentagon. Naturally, that means a significant portion of the county’s population is comprised of well-paid government workers. As such, the cost of living in Arlington sits 53.1% higher than the national average. Residents can expect to pay 2.5 times more for housing-related expenses like rent and mortgages.

California’s Bay Area is one of the most expensive places to live in the United States. Although Oakland’s cost of living isn’t as exorbitant as nearby San Francisco, the city’s proximity has driven real estate prices through the roof in recent years. Oakland and other cities in the area have effectively become suburbs for Bay Area tech workers who can’t afford to live in San Francisco. As a result, the whole area has gentrified considerably. That’s bad news for most Oakland residents. The median household income is less than $10,000 higher than the national median, but home values are nearly three times the U.S. median. At least Oakland residents have a fun baseball team to root for!

The city that brought us grunge music and the biggest coffee chain on the planet has become one of the most desirable places in the U.S. to live. Yes, even with all that rain. Seattle is one of America’s fastest-growing cities, with many high tech companies (including giants like Amazon and Microsoft) based in the area. Unfortunately, these economic factors mean you’ll have to pay a premium if you want to live in a city that sports both ocean and mountain views.

The cost of living is 54.8% above the national average. In recent years, Seattle has experienced a luxury real estate boom that has only driven prices up higher. While the market did plateau a bit in 2019, Seattle’s status as one of the most expensive cities isn’t going away anytime soon.

With its large number of free museums and national monuments, the nation’s capital makes for a surprisingly affordable vacation destination. Unfortunately, actually living in Washington, D.C. is a wildly different story. Much of Washington’s 68 square miles are occupied by federal agencies, lobbying firms, national parkland, and other government offices.

Due to this (and a number of other factors) housing prices in the capital are obscene. Rent and mortgages run 2.7 times higher than the national average. Although median household income is still quite high at $85,203, you’d need to earn about $143,000 a year to live comfortably.

Living in a Pacific island paradise doesn’t come cheap. That’s reflected well in Honolulu’s staggering cost of living, which is 89.7% higher than the national average. Unlike most of the country’s most expensive cities, Honolulu’s high cost of living isn’t centered around housing costs. While rents or mortgages certainly don’t come cheap in Hawaii’s capital, Honolulu residents pay more for pretty much everything.

Due to its remote location, groceries cost 55% more than in the average U.S. city. Likewise, utility costs are 71% higher. Honolulu does enjoy a high median household income and low unemployment rate. However, unless you hold down one of those high-paying jobs, it’s one of the most difficult cities in the country to make ends meet.

San Francisco has become notorious for having an absurdly high cost of living. So it should come as little surprise to see it near the top of this list. Driven by a booming tech industry, San Francisco boasts some of the highest household incomes in the country. However, even programmers pulling in six figure salaries have found themselves priced out of a real estate market where the average home value is around $1.34 million.

Renters don’t have it much better. The average apartment goes for $3,821 a month — about 3.5 times the national average. Those who can make it work in San Fran enjoy the highest quality of living of any city in the United States, but at a cost few can realistically afford.

Topping the list of the most expensive U.S. cities to live is New York City. You know, the city where a 600 square foot apartment has to be shared between three people just to make the rent affordable. Like any city, what you pay is all about location, location, location. New York takes that popular real estate quote to its most extreme conclusion.

Manhattan is easily the most expensive of New York’s five boroughs. It’s also the most expensive place to live in the entire United States. Manhattan’s cost of living sits 148.5% above the national average, which is reflected in its staggeringly high rent.

Just a few decades ago, relocating to Brooklyn was considered a viable option for those who couldn’t afford Manhattan. While Brooklyn is indeed a less expensive alternative, it’s become a trendy place to live in its own right. It now has a higher cost of living than Washington or Seattle. Queens has since become the place to flock to for New Yorkers who can’t afford Manhattan or Brooklyn. However, even that strategy isn’t exactly viable when you consider rent in Queens is still three times the national average. No matter what part of New York City you live in, life is expensive. However, that fact has done little to deter the 8.3 million people that call it home.