What to Expect From the Probate Process 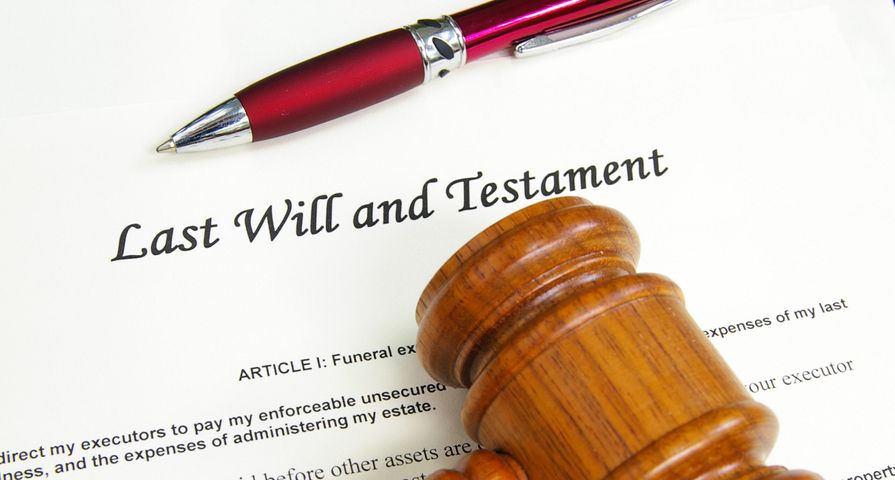 Important Things To Know When Creating Your Will

When my friend’s grandmother passed away about ten years ago, she left a small legacy for each of her six grandchildren. It was a surprise to my friend, since her grandma had constantly warned not to expect any inheritance since she was dead broke. She talked about it so often that even I knew about her financial status. It was an even bigger surprise to my friend when it took almost a year to get grandma’s estate untangled in the courts. She had no idea what to expect from the probate process.

I still remember some of the details. At the time, my friend was going to college. She was counting on that sum to help pay some of her tuition. The delay took way too long though. In the end, her aunt ended up lending her some money so she could continue her education. It took all of that time for her to receive her grandmother’s final gift because the estate was tied up in probate for about ten months.

As it turns out, her experience with probate was pretty typical. Probate is the court-supervised process of gathering together the assets of an estate and then distributing them to creditors and heirs. Like everything else involving courts of law, probate can take quite some time. Here’s a basic guide to what you can expect from probate, and why it happens.

What Happens in Probate Court?

After a death, the executor of an estate (who has been named in the will) starts the probate process. They do this by submitting the deceased’s will to the probate court. It’s the court’s job to then examine the will. They will make sure it complies with all necessary legal requirements. They will then oversee the process of contacting all heirs or beneficiaries named in the will.

The courts won’t contact the beneficiaries on the estate’s behalf though. It’s still up to the executor to do all the work. They may have to prove to the courts that the effort has been made.

If the person died without a will (also known as intestate), then this first step becomes more complicated. In that case, the deceased’s heirs will need to hire a probate lawyer who will submit a death certificate and obtain a case number from the probate court. The court will then confirm an executor for the estate. The executor’s job will be to secure the estate and work to make good with creditors and distribute assets to heirs. Adding these steps to the probate process means that intestate probate takes longer than probate with a will.

What Are the Executor’s Responsibilities?

After submitting the will to the probate court, the executor still has quite a few responsibilities. They usually have to publish a notice of the probate in the local newspaper, in order to alert any creditors of the death. Then the beneficiaries and heirs must be notified of the fact that they may be entitled to an inheritance. In addition, the executor must arrange for the preparation of a final income tax return within nine months of the death, prepare (and file) an inventory and appraisal of estate assets, pay any outstanding debts from estate assets, and file both federal and state estate tax returns, if required. Like we said, it’s a big job.

All of these responsibilities take time. That’s why the average probate can take between six and nine months to complete. Intestate estates can take as long as twelve months. The larger and more complex the estate, the longer probate tends to take.

My uncle is a multimillionaire. He has a medium-sized business employing hundreds of people worldwide. At one point, he wanted to name me as the executor of his estate. He thought that I was the right candidate because I would act more objectively since I wasn’t receiving any inheritance from his estate. In other words, I had zero conflicts of interest. He changed his mind at the last minute, though.

It was partly because he felt bad for asking to me to do so much without any compensation. He didn’t want to put a dollar amount on the work involved. I remember being disappointed at the time. I was much younger at the time and the thought of handling many millions of dollars in assets was somewhat exciting. Now that I think back on it, I probably lucked out. Handling his complex assets probably would have been a nightmare.

The Bottom Line on the Probate Process

Probate is an important process for ensuring that a deceased person’s estate is distributed fairly among creditors and the heirs. However, the process can be confusing. It can also take quite some time. In the meantime, the assets are frozen and can’t be used. This can create unforeseen hardships. What if grandma was living with one of her sons and paying for the mortgage before she died, but the mortgage isn’t in her name? Unless there’s clear evidence that grandma’s estate should continue to pay the bill, then no funds would be released while everything is sorted out. What would happen to the home if no one paid the mortgage for ten months?

That’s why some financial experts will advise you to set up a trust. That way, you can skip the probate process altogether. Setting up a trust costs money (and time), so many people don’t bother. If setting up a trust isn’t for you, at least take the time to talk to your family about the details of probate. Figure out who the executor of your estate, get their approval, and discuss how your family will pay any expenses while probate is ongoing. That way there won’t be any unpleasant surprises for your heirs.