Want to Make Changes in Your Financial Life? You Need to Start Small 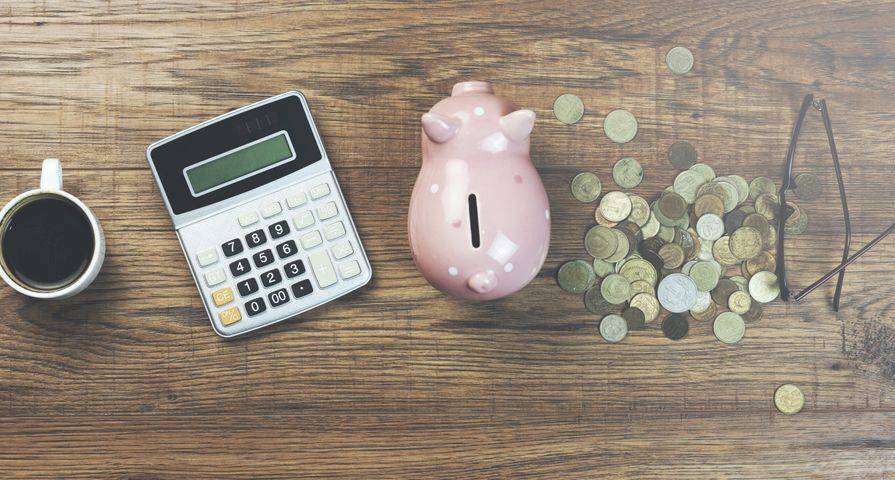 One of the biggest mistakes you can make when setting goals — especially financial ones — is to start too big. You plan meticulously, trying to perfect every tiny step. Unfortunately, even the best laid plans can get go awry. Many people abandon their overall financial plan when things don’t go exactly their way. One small setback can be enough to deter plenty of less-disciplined planners. In some cases, people abandon pursuing their financial goals shortly after they start, because they can’t see the incremental progress. But trust us, those small changes are massively important.

Like most people, you probably want to change your finances in a big way. However, those big changes don’t happen immediately (and they usually aren’t easy). Whether you want to max out your retirement accounts, pay off a mountain of debt, learn how to invest, or spend less money each month, you need to acknowledge that your changes aren’t going to happen overnight. Go ahead and dream big, yes. However, your best option is to start small if you want lasting change.

Change is Easier When It’s Smaller

Making a big change can be difficult. It’s often too hard to stick with a dramatic switch in your daily habits. If you decide that you want to spend $1,000 less every month and embrace a more minimalist lifestyle, you might be able to power through for a month or two. But making such a drastic change might not stick for long. It’s easy to become tired of the effort involved. Forcing such a big change all at once might not be sustainable.

Instead, you are more likely to stick with smaller changes. Start by cutting only $100 from your monthly spending. Make a mini-goal. If you are trying to cut your cable cord, then perhaps it’s easier to downgrade your plan first. Cut unused channels or packages, and see how it goes. It’s the same logic as wanting to spring clean your whole house. It can be daunting, do you simply start with a single room. Even if you only do one room every couple of weeks, breaking it down to mini goals will help the larger project stay on track. Limiting yourself may even give you more motivation to keep going in the long run. It’s what marathon runners already know — you can either start off blazing and then burn out halfway through the race or keep a comfortable pace and be able to finish.

Start with a small change. Then get used to that change. Once you are used to that small change, it’s no longer a change. Now it’s just part of your regular routine. At that point, you’re ready to make another small change. When you are comfortable with your first $100 cut in spending, then try to cut another $100 from your budget. Then you can increase your retirement contributions by another increment.

This works in other areas of your life too, like exercise and dieting too. Start out by exercising for just 10 minutes a day. Then only add more once you are comfortable with the new routine. If you want more sleep at night, go to bed 15 minutes earlier first. Once you are used to this change, you can progress by another increment. Smaller changes makes the larger goal more obtainable over time.

If you keep improving, you might be surprised to look at how far you have come after a year. Since the change came incrementally, it was probably less of a struggle. You’re also more likely to stick with it.

What if you have a REALLY big goal that you need to eventually hit? Let’s say you are planning for your retirement. You crunched the numbers and figure that you need to save $2 million by the time you retire in three decades. It feels like an impossible number right now, right? So how do you get there?

When you have a big goal, it helps to break it down into smaller chunks. Create a plan to set mini-goals that can be achieved on your way to the bigger goal. Instead of the huge and seemingly impossible goal of accumulating $2 million dollars, break it down so you are concentrating on your first $100k. Or even your first $50k. Then focus on the next increment, gradually upping them.

For example, you could try to achieve a goal of $100k in your nest egg in seven years, then $250k in thirteen, $650k in twenty, and finally $2 million in thirty years. By breaking it down into smaller mini-goals, they will seem more achievable.

Don’t stop there. In order to reach that first $100k, break it down further. Start a plan to save this amount first amount. How much will you save each month? What do you expect will come from investment gains? While you will never know what the market will throw at you, at least you can come up with a baseline. Then you can adjust your plans along the way.

Breaking your financial goals down to small bite-sized steps is a great way to not only mark your progress, but also to give you a chance to celebrate a little bit. Feeling as though you are making progress and rewarding yourself in a small way may be just the motivation you need to keep going. The rewards don’t have to be that big or expensive. Even a simple dinner out to acknowledge that you reached a mini milestone could mean the difference of giving up and reaching your goal.

Having mini-goals will keep you focused on your larger goal. It will also remind you of the payoff. Keep your long term goals in the back of your mind, so you know exactly what you’re sacrificing for. Then continue to work towards your goals slowly. You’ll have a better chance of lasting success that way.