The Cost of Elder Care: A Topic Your Family Can’t Ignore 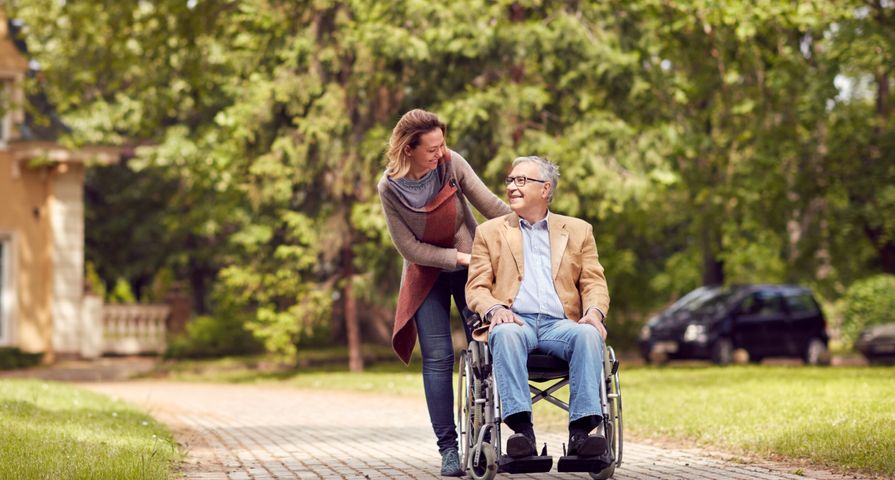 My dad recently passed away, in the middle of the pandemic. My mother is almost 70 soon. On top of that, my wife is actually currently in Taiwan, helping care for her father who is in the ICU. And my wife’s mother was recently diagnosed with early-stage dementia. Naturally, my wife and I are currently very concerned about the mortality of our parents. These recent events led to many discussions on both sides of the family. It was vitally important to discuss the financial aspects of their care, and who would take care of what expenses.

On my side of the family, my parents made it clear in their will that everything in their estate is to be left to the surviving spouse first. My mom has also already told us her plans for the future. When (or if) she can no longer take care of herself at home, she will move into a nursing home. She already has the money saved for it. My wife and I were reassured that the expense wouldn’t fall on us.

Since my mom was very upfront about her wishes, we could plan accordingly. We started looking for suitable nursing homes while she is still reasonably healthy. That meant she could go to each location and check it out herself, to make sure it fits her needs and wants.

This clear cut approach made it extremely easy for us to deal with the estate. It’s also comforting to hear that my mom thought carefully about how she wants to spend her golden years and was able to talk openly about it. It can be a scary or depressing thought, but ignoring it doesn’t help anyone. Thank goodness my parents took the time to discuss everything with us before it was too late.

Estate finances can already be a thorny issue to address after the death of a loved one. Discussing them before a death can be even more difficult. They tend to be even more difficult while seniors are still reasonably happy and in control of their finances. After all, no one enjoys the morbid conversations of “when I die…” while they still feel like they have plenty of years left.

A recent survey by Fidelity Insurance suggested that many seniors don’t want to talk about finances or elder care until they retire. Or at least until they start to experience serious health issues. On the other hand, the adult children of these seniors often wanted to start talking about these issues well before the point of crisis. You can probably understand both sides.

Talking about these issues can be fraught with difficulty for many families. Talking about money can be awkward. Planning for end-of-life accommodations is downright depressing. However, it’s important to be up front about expectations. Seniors will want their wishes respected and their adult children don’t want to be stuck trying to guess what those wishes might have been.

…Or You’ll Struggle Down The Road

My in-laws are among those who did not talk to their children about elder care (or their finances). And with my father-in-law in ICU, my wife flew back in a hurry. She needed to ensure someone would be there to direct the medical professionals as to the family’s wishes. She also had to help figure out how the hospital bill would be taken care of.

In addition, she had to scramble and call nursing homes all over town. She was desperately trying to find spaces for both her parents, once her dad recovers. It hasn’t been easy. After all, my father-in-law currently needs a breathing machine. My mother-in-law needs nurses with specialized training in caring for dementia patients. My wife requested her parents to be on the waiting list for a few facilities, but it could take years for a spot to open up. She’s still trying to find a suitable one. All while dealing with her parent’s slowly declining health.

To add to the complexity, we learned that the house my brother-in-law lives in is actually co-owned by my father-in-law and his brother. (Are you following all this? Good!) Apparently, my wife’s grandfather put the house in his two son’s names. However, only my father-in-law has been paying the mortgage for the past few decades. It’s complicated.

No one is expecting an dramatic estate battle that ends up in court. Our family, luckily, isn’t really like that. However, it will probably take a considerable tax bill (in the very least) to untangle the mess. We are talking about decades of real estate appreciation. The tax considerations might be so large that selling the house is the only way to pay for them. If the mess had been dealt with years ago, the bill would be considerably smaller.

Why Don’t People Talk About These Things?

Talking about money is, for some reason, still taboo in our society. That makes it difficult to have these conversations with our parents. Indeed, the Fidelity survey indicated that 43% of seniors have not had detailed conversations with family members about health care and elder care. Additionally, 20% hadn’t had any conversations about these issues at all. This means that 63% of adult children are pretty much in the dark when it comes to how to help their parents manage finances or healthcare during retirement.

The data also indicates that families are more comfortable talking about wills and estate planning than they are about financial and healthcare issues. That seems backwards, since the latter issues will arrive while the seniors are still alive. Part of the reason is that many of these seniors don’t think that they will actually need their children to care for them.

Fidelity reports that 43% of adult children expect that they will have to take care of their aging parents in some way. However, the parents don’t seem to agree. Only six percent of surveyed seniors think that their children will be handling care giving responsibilities.

As a result, it’s little surprise that parents are reluctant to talk about the finances and end of life issues. However, these are very important conversations to have. Having them early can make a big difference down the road. It can save your family a lot of stress — and a lot of money — to make these decisions early.

It makes sense to talk about these issues as a family, no matter how uncomfortable it might make you. It’s a good idea to confront the possible issues now, and form a plan for the future. Otherwise, you and your family might be caught unaware by the realities of elder care, especially with the rising cost of health care.

If you have aging parents, consider bringing up the topic in a delicate way. Stress that it’s not about you being greedy or cheap. Rather, you want to be able to make informed decisions for them, if it’s ever required. If you have adult children of your own, do them a huge favor and make your own plans. Many seniors have already made their own elder care and funeral arrangements long before they are needed. Having a detailed and clear will can also help your surviving family avoid any drama is trying to figure out how to handle your estate.

It’s not weird to plan ahead — especially when aging is literally inevitable. In fact, in today’s modern world, it’s a bit weird if you don’t have these discussions.