5 Mindsets You Need to Change in Order to Build Wealth 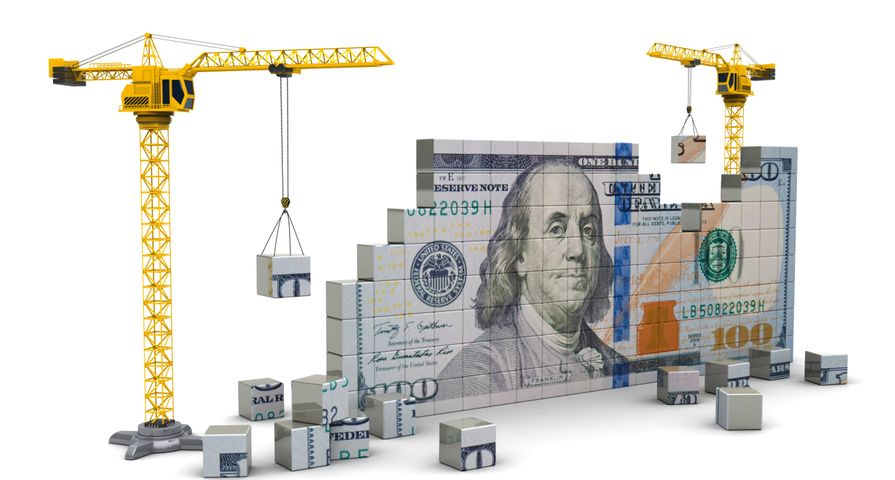 How to Handle Awkward Money Moments

One of the more interesting books I’ve read recently is How Rich People Think by Steve Siebold. In it, he talks about how rich people think differently from the Average Joe. While some of the differences seem a little overblown to me, I do agree that mindset is an important part of building wealth over time. After all, how you view money influences how you use money. If you don’t know how to use money to your advantage, you won’t ever be as rich as you’d like to be. I recommend you check out the entire book for yourself. In the meantime, here are some of the interesting mindset differences that the book points out.

I found this one of the most interesting differences. It’s definitely the one that I can see in those around me. The idea is that those who aren’t wealthy have a lottery mentality. This mentality considers that you have to wait for something to happen. You need to pick the right numbers, get lucky, or rely on someone else for a big windfall. It’s holding out hope for an unexpected bonus at work or an unexpected inheritance. It’s also interesting to note that whenever these people see someone else being well off, they tend to brush it off as a result of luck.

Rich people, in contrast, have an action mentality. They look for ways to make things happen. This means that they are interested in taking charge themselves, not waiting for something to fall onto their lap. If you want to build wealth, you need to take charge of your financial situation. You need to make an effort to improve your situation on your own. This can mean starting a side hustle or business, or developing the skills that will prepare you for a promotion and a raise. It can also mean an increased commitment to budgeting and saving.

I see the difference all the time. People often always ask me for money advice when they learn that I write about personal finance for a living. Then they mostly tune out when I tell them that there’s actually no big secret. Hunker down and save, make as much income as you can when times are good, invest in index funds, and retire much more comfortably than living a life full of frivolous spending. Unfortunately, most people are looking for the easy way out. When they hear that they need to take serious individual action to succeed, they give up. By doing so, they end up giving up the only surefire way to build wealth over time.

This was another interesting take on the differences between the rich and poor. The book points out that “average” people want to be entertained. They don’t really work toward improving their skills, education, or knowledge. On the other hand, rich people educate themselves. This doesn’t always have to mean a formal education, with advanced degrees. Rather, it’s just about constantly learning. The wealthy take the time to learn about how money works. That information allows them to become more successful, leveraging their skills, talents, and current resources into something bigger.

The most obvious example is how many successful people read a ton of books. However, there are many other ways to grow and learn too. My uncle is the richest person I know, personally. He runs a multimillion-dollar business that employs over 100 employees worldwide. He’s not an extrovert, but he always makes it a point to socialize with his employees and customers, and basically everyone around him. He told me once that when you talk to people, you learn about what’s happening in the world. You get a better sense of upcoming trends. You also learn about different industries and how things work.

Here’s what you need to do to make more money and live a rich life. Make an effort to be educated and not always succumb to the desire to be entertained all the time. We’re not saying the odd Netflix binge is dangerous. But if that’s all you ever do with your free time, you might not be making the most of your potential.

Focus on Saving vs. Focus on Earning

I like this distinction as well. I’ve long said that you can always earn more money. However, there is a limit to how much you can cut from your budget in the name of saving. After all, you have regular expenses that need to be covered. While it’s always important to be setting aside some money for the future, there is no reason to focus solely on scrimping and saving. Instead, use some of your time to take the steps (including education and skills development) to boost your earning power.

When you break it down, there are only two paths to financial security: make more money or spend less money. We often talk about how to spend less money, but making more is always an equally worthy goal. Don’t ignore it.

Having Low Expectations vs. Aiming for the Sky

Here’s another good distinction, one that certainly holds true. Most people have low expectations for how much wealth they will accumulate in their lifetime. Not having much is what they are used to, so they don’t expect to be suddenly rich when they retire. That way, they avoid any potential disappointed.

Rich people, on the other hand, aim for the sky. They know that even if they fail to reach it, they’ll have achieved far more than what most people will think is possible. I still remember reading countless articles questioning Elon Musk’s production and design goals for Tesla when they were first starting. Twenty years later, Tesla is by far the most valuable automaker in the world. Their electric vehicle technologies are years ahead of everybody else’s. And Musk just became the richest man on the planet. Even if he has only achieved 50% of his current success, it would still be an incredible rise.

Reminisce About the Past vs. Dreaming About the Future

Most people think of the “good ol’ days” too often. If you want to build wealth, then stop thinking that the best days are behind you. Instead, start focusing on the future. Remember my rich uncle I told you about? He’s well past the average retirement age and he’s still always talking about the future. He’s constantly thinking about how he can grow his business. In fact, he probably dreams about his future more often than his 20-year old employees dream about theirs, even though the young employees have a whole life ahead of them. If you can’t even picture the life you want to live, how can you set a plan to make that a reality?

If you want to create the lifestyle you want, it’s important to live within your means. It’s even more important to look for more income to keep you in your idea of comfort. None of this is possible unless you change your mindset and go get that lifestyle yourself though. So, what are you waiting for? A lottery win? A rich distant relative to kick the bucket? Stop relying on chance and start making the necessary changes in your life to truly build wealth.