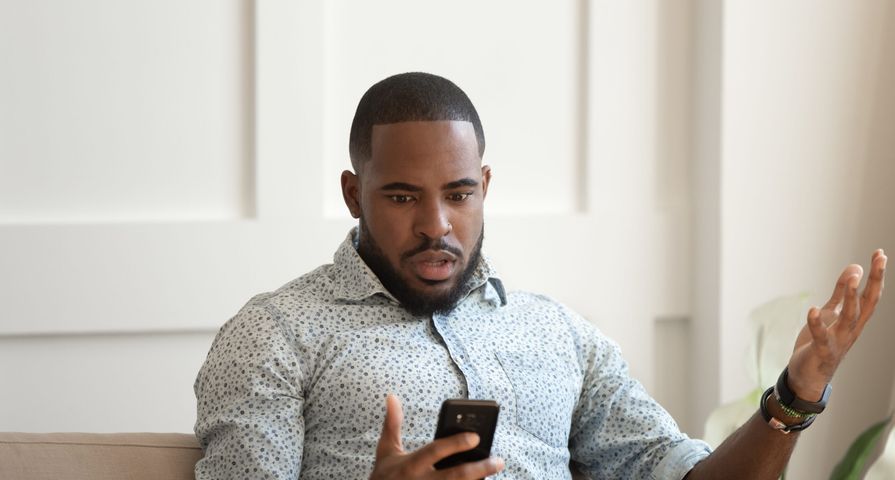 Don't Fall For These Gold and Silver Scams

The first time I received one of those Nigerian email scams, I’d long since heard about the practice on the news. So I already knew the email was a complete scam. Turns out, my long lost “relative” Engineer J. Guy (nice fake name, there) hadn’t really died. Nor did he leave me all of his money. In fact, the whole email was so poorly written that it was so obviously fake. Unfortunately, that doesn’t prevent many individuals from falling victim to these types of scams.

Sometimes, scammers don’t even have to get money directly from you. The Employment Development Department (EDD) that handles California unemployment claims admitted recently that they may have paid as much as $31 billion dollars in unemployment funds to criminals. There are now scores of people who will be unpleasantly surprised to find out someone used their information to file an unemployment claim. These unfortunate victims will now have to spend their precious time sorting out the mess. The government will expect them to pay taxes on the benefits, but the money was never received. In fact, it’s likely long gone already.

Whether a con artist is trying to get your money through the internet, in person, through a work-from-home scam, or through a get-rich-quick scheme, there are several things you can do to keep yourself from being a victim. Here are some rules of thumb to keep in mind when navigating any offer that seems too good to be true.

I make it a personal rule never to enter into any kind of transaction when I’m not the instigator. Here’s what I mean: if someone is coming door-to-door, calling my home, emailing me, or in other ways trying to reach me in order to tell me about a once-in-a-lifetime opportunity, chances are that they don’t have my best interests at heart. I’m one of many, many potential customers they took the time to reach. And since their sales technique is not exactly an efficient way to reach those customers, each individual “sale” must be worth their while to spend that much time on rejections.

If something a “salesperson” pitches to you sounds interesting, tell them you’ll think about it and do some research. It’s possible that there is a legitimate offer, but it’s better to take the time to research before you sign up for anything. Never agree to anything when you didn’t begin the conversation.

The most insidious telephone and email scams target grandparents. A young person will contact a senior, posing as a grandchild. Sometimes they literally have no information to go on, but simply use a fishing-like tactic. They will begin the conversation by saying sometime like “Hello Grandma! Do you know who this is?”

When Grandma makes a guess (“Tyler? I’ve been hoping to hear from you!”), the scammer just goes with it. It inevitably leads up to asking for money. Often, the scammer will “need money” to pay a medical bill in a foreign country. Or to get out of jail for something minor. Or even something as innocent as tuition money. The scammer will also beg Grandma not to let his parents in on the troubles, since they’d be furious.

In this scenario, as in any other scam, you need to trust your gut. You’ll likely get the feeling that something is off about the whole situation. I would hope, for example, my parents would call me to find out about my son’s shenanigans before sending money. Even if the scammer offers information that makes them sound trustworthy, it’s worth it to double-check the situation. Make a phone call or two. The worst thing that could happen is a little embarrassment if it all turns out to be true. But it’s better to be embarrassed than scammed.

Scams often work because they target some of the toughest emotions to keep in check — greed, desperation, and hope. If someone is promising you thousands of dollars for doing very little work “from home,” an enormous inheritance from a relative you’ve never heard of, or trying to buy something from you for more money than it’s worth, the alarm bells should be going off. Stop to think about why they are being so generous and considerate to you, a complete stranger. If an offer is wildly different from what you have come to expect as reasonable, then you need to find out why. Unreasonable offers simply aren’t the norm.

Be Careful Who You Trust

A friend of mine inadvertently signed up for a credit card she didn’t want when she was in college. The telephone solicitor said he was just calling to confirm her information. When he asked her birthday, he happily exclaimed that my friend had the same birth date as his little sister. Even though she didn’t want to “confirm” any more information, she felt more comfortable having a conversation with him. When we discussed it later, we were doubtful that guy even had a sister. A few days later after that call, a new credit card arrived in the mail. She had to waste another hour on the phone to cancel it.

My friend’s mistake was feeling a human connection to this person. After all, we’re conditioned to be polite and friendly to other humans. Even after she’d already decided she was going to give him any more information, she remained friendly. Why are we so against being rude to strangers?

Scammers will use our sense of trust, politeness, and decency against us. So don’t trust your conception that everyone is trustworthy. Good scammers will invent connections. They might claim to share your religious beliefs or also love your favorite sports team. They will say anything to seem just like you. It will falsely build your trust and cloud your judgment. The entire time my friend stayed on the phone, she had a feeling she was making a mistake telling him her personal information. And then she still fell for the scam at the end, because she didn’t want to be rude. Luckily, the damage was minimal in her case.

Scammers often try to force you to do what they want by giving an instant timeline. They don’t want you to take any time to think about the whole situation. If you stopped for a moment to consider, you’d likely spot the scam. So they create a sense of urgency. They need you to act now, or the “opportunity” will be lost forever. But there are very few legitimate offers in the world that cannot be put on ice for a day or two while you do some research. Even missing out on legitimate offers with quick deadlines is small price to pay to know you haven’t been scammed.

Scammers know exactly how to hit our weak spots. If you want to keep control of your money, remember that you are ultimately the one who decide what happens to your finances. Don’t fall for the tactics used by high-pressure solicitors, salespeople, or scammers.