How To Renew Your Commitment to an Emergency Fund 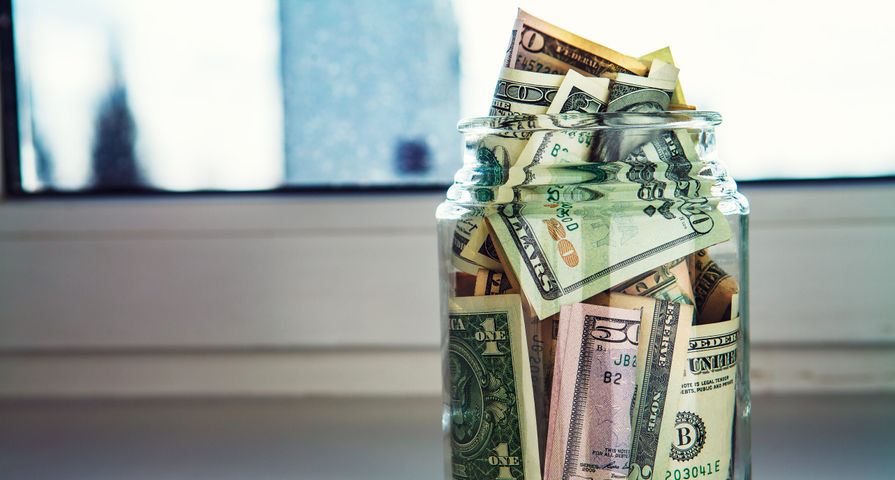 The Best Ways to Save Money on Gym Memberships

At the onset of the current pandemic, everybody was scared. There was plenty of worry that the economy would collapse under the weight of the government lockdowns. It felt like every media outlet was talking about people losing their jobs left and right. It was the first time in a while that many folks began taking the idea of having an emergency fund seriously.

Fast forward a few months. While the virus has been spreading faster than any other time in history, the news outlets aren’t as keen on reporting the struggles many families are still facing. The reality, though, is that millions of people have been depleting their emergency funds. Their situation may be even more desperate than it was when the pandemic started, almost a year ago.

Many people are still tapping into their emergency funds. The stimulus checks helped quite a bit, but many of us are still feeling the pinch. There’s nothing wrong with using the emergency fund when you really need it. After all, that’s what it’s for. However, one of the things you can’t forget to do is to replenish it later. It may not seem like a priority at the moment, but don’t neglect it forever.

During tough times, it’s no surprise that people have to draw on their emergency savings. When that happens, it’s understandable that they also stop contributing to those savings. If things are desperate enough to be spending your emergency fund, there likely isn’t any extra money to put back into building it. Whether the problem is a job loss, a medical emergency, or an unexpected expense, it makes sense to hold off on contributions while you are using your emergency funds.

I know many people who tapped into their emergency fund when they first lost their job. Unemployment insurance can take a little while to kick in, but the bills still need to be paid.

Hope For the Best…

One of my friends is in a little bit of a dilemma right now, even though he’s had an emergency fund built up prior to the crisis. He was laid off when the lockdowns hit our area. Then he depleted his emergency fund to help him weather the storm back in March 2020, since it took about eight weeks for his unemployment benefit to show up. For a while, he seemed to be doing okay financially. He was collecting unemployment benefits under the Pandemic Unemployment Assistance (PUA), designed for freelancers and business owners who’ve lost income due to COVID-19.

However, instead of replenishing his emergency fund with the government assistance, he bought a new iPhone and a new computer for his daughter. Maybe he didn’t expect the pandemic to rage on for an entire year. However, those shortsighted decisions are coming back to haunt him.

The end of 2020 rolled around and he’s now worried. You see, December 26 was originally the last week of his benefits. Congress is supposed to have passed the PUA extension for another 11 weeks, along with an extra $300 in benefits a week. However, the unemployment website is still showing that his benefits expired. Meanwhile, his bills still need to be paid. Now he’s afraid his benefits won’t be reinstated quickly enough and he’ll have to tap into his credit card to pay for things, since the emergency fund is still bare.

…But Plan For The Worse

It was good that my friend had an emergency built up in the first place. Otherwise, he would be in even more trouble. However, he should have remembered that once he had a bit of breathing room again, it was important for him to build his emergency savings back up. He didn’t, and now it’s once again squeezing his finances.

Your emergency fund isn’t a one-time thing. You don’t build it up and assume you’re done. You can’t draw on it indefinitely, after all. If you have to use your emergency fund, you need to make sure that you begin rebuilding the fund as soon as you can. That means re-dedicating yourself to putting some savings away, not buying the newest smartphone.

Clearly, if you have had to draw down your emergency savings by a large amount, you won’t be able to just replace it instantly. Instead, you will mostly likely have to start rebuilding a little at a time. Make sure that you do so as quickly as possible, either by earning extra money or looking for ways to cut back. The important thing is that you start rebuilding your emergency fund as soon as possible.

My friend probably should have made different decisions. He could have used some of the initial lump sum of back payment to rebuild his emergency fund. Each regular check they received afterwards was also a good opportunity to add to the buffer.

Forgetting to replenish an emergency fund is extremely common, so we shouldn’t be too hard on my friend. Still, he squandered his opportunities to cushion himself from this fall. Now he likely has to tap into his credit card in the meantime. That could mean paying high interest rates and a credit score ding, if he can’t pay off the balance in a timely manner. Plus he’ll be in serious trouble again if those additional 11 weeks of benefits end and he still hasn’t found a job by then. He could be right back in the same dilemma if he doesn’t adjust his financial priorities.

Your Emergency Fund and Your Financial Health

An emergency fund could be the only thing standing between you and complete financial disaster. If you don’t want to have to rely on costly loans or credit, your emergency fund needs to be a priority. It can drastically reduce your financial problems when times get tough. But you can’t reap the benefits of an emergency fund if you don’t build one in the first place.

Once you do tap into your emergency savings, the money won’t just magically be available next time. You have to make sure that rebuilding your emergency fund is a priority. Otherwise you’ll just end up in trouble down the road when the next crisis inevitably comes along. Remember that a second emergency can easily happen shortly after the first. Don’t procrastinate on this important financial tool.

Your emergency savings is vital to your overall financial health. Just as you made building an emergency fund a priority at one point, you need to make replacing it just as high of a priority. If you have fallen off in your efforts recently, re-evaluate your current spending and saving habits. Figure out a way to eek out some contributions in order to renew your emergency fund commitment.

The initial panic over the pandemic has quelled a bit. Many of us are simply used to the “new normal.” Plus there’s hopefully a light at the end of the tunnel with vaccinations around the corner. However, we are still dealing with massive unemployment, millions of people in a healthcare crisis, and major financial woes for countless numbers of citizens around the world. This current emergency is far from over. So you need to be ready for what could be coming next. Building up a beefy emergency fund is a good start.