Great Ways to Teach Your Children About Money 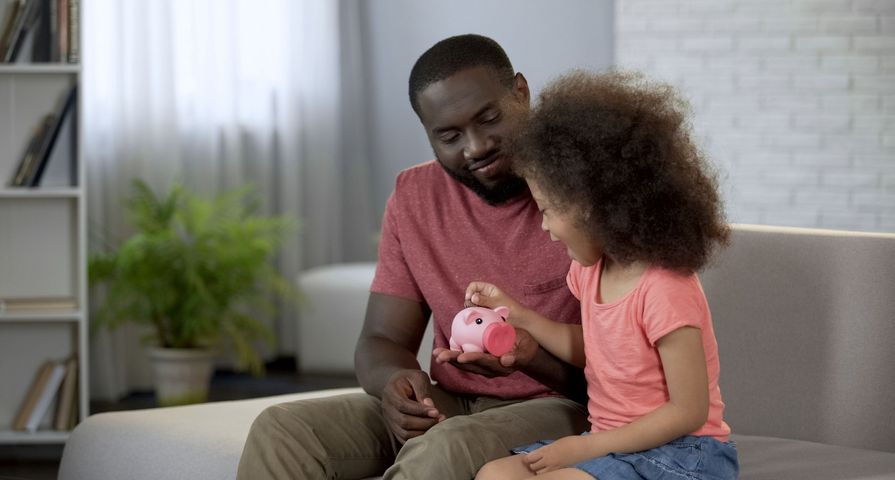 What to Do If Your Employer Overpays You

Money is a difficult enough subject for committed spouses to discuss. So it’s understandable why many parents might bristle at the idea of bringing the topic up with their kids. Although children are often taught money fundamentals in school, these lessons should begin in the home. Taking a proactive role in your child’s financial education will pay off in the long run, as research shows children benefit from learning about money from a young age. To help kickoff your teaching efforts, here are some great ways to teach your children about money.

Note: The following tips were formulated with young children in mind. They should be thought of as beginner lessons. If you have a tween or teenager in your house, you’ll want to find more advanced tactics.

Talk to Them About Needs vs. Wants

At their core, every household budget can be boiled down to a separation between wants and needs. Financial needs such as housing, food, and utilities are essential expenses. They need to be covered in order to live and work. Everything else, such as travel and entertainment, make our lives more enjoyable and comfortable. However, they aren’t necessary for survival.

Most adults can easily distinguish between wants and needs, even if they have a hard time resisting the latter. Children are a different story. Try explaining to a five-year-old why he doesn’t need a Millennium Falcon Lego set. Or why he’s not going to McDonald’s for dinner because the family van needs new brakes.

If your child is old enough to read, one of the best ways to teach this concept is through a grocery list. Let them know that everything on the list is a need. As you shop, have them pick up items and ask them whether it’s a want or a need. Milk and bread? Need. Oreo cookies and chips? Those are wants. While difficult, it’s important to help children understand the difference between wants and needs. It will give them a good foundation for smart spending choices down the line.

Get Comfortable With Saying “No”

Even if you successfully teach your child the concept of wants versus needs, the value of the lesson won’t go very far if you constantly cave in to their desires. While there’s nothing wrong with a treat here or there, overindulging your child can have lifelong consequences. They may grow up to become narcissistic, entitled adults.

According to Psychology Today, not giving in to a child’s wants will help them “learn to tolerate disappointment and recognize that they can like something without owning it.” Being content with what you have is an important value to possess. That’s especially when it comes to personal finance. By instilling this value in your children from an early age, you’ll set them up well becoming financially responsible adults.

Pay an Allowance (With Thought Behind It)

Since we thankfully don’t live in a Dickensian nightmare, children aren’t expected to go work in the local coal mine by the time they can walk and talk. As such, one of the most reliable ways for kids to earn a bit of spending money is an allowance. Roughly two-thirds of U.S. parents give their children some form of allowance. However, it’s important to make sure it’s doled out in a constructive way. For starters, there should be an expectation of some saving. Make sure your child sets aside a percentage of their allowance every week to help instill the importance of saving. Expects suggest somewhere in the 15-to-30 percent range.

Most parents will offer to pay an allowance in exchange for chores. Sound like a great system, but you’ll want to be careful in how you set this up. Kids shouldn’t be rewarded for every little thing they do around the house. After all, they’re part of the family unit and should be expected to contribute their fair share. Kimberly Palmer, author of Smart Mom, Rich Mom: How to Build Wealth While Raising a Family, recommends an alternative approach. Only pay kids for extra chores that go “beyond basic household chores like cleaning up after yourself or making your bed.” Otherwise, stick with a consistent allowance.

As for how much you should give them, a survey by The American Institute of Certified Public Accountants found the average U.S. kid received $30 per week. We guess the old standard of $5 per week just doesn’t go very far anymore. Use that as a rough guideline when trying to find an amount that suits your family.

Get Clear on Piggy Banks (Literally)

Piggy banks are a rite of passage for learning the basic principles of money. Children can watch their savings grow and have fun doing it. After all, who doesn’t love the *clink* sound a coin makes when it’s deposited? While any piggy bank will do the trick, a clear jar is actually more useful than a cute pig-shaped bank with an opaque surface area.

When children are able to see inside their piggy bank (or jar), they can watch their money grow in real time. Even if they’re not able to calculate the value of the money inside, the simple act of seeing the money goes a long way. It especially helps when they take money out and see right away that the jar is less full.

If you want to go a step further, some piggy banks come with digital readers that count change as it’s deposited. These readers aren’t always accurate but they do take into account the different value of coins. It can be a useful tool for helping children understand why a dime is worth more than a nickel, for instance. If you’re really serious about your kid becoming a personal finance guru, check out the Money Savvy Pig. This is the Lexus of piggy banks, complete with a digital reader and separate slots for saving, spending, donating and investing.

Not into spending big money on a fancy piggy bank? Just use an empty five-gallon water jug. Now that’s being budget-conscious!

Yes, every child should have a piggy bank. But it’s never too early to open a proper savings account for them too. Opening a bank account in your child’s name is a great way to teach them the value of saving. It will also provide a safe and secure location to deposit their money. Known as a Uniform Gift to Minors Act / Uniform Transfer to Minors Act (UGMA / UTMA) account, the parent will act as a custodian and have full access to the account until the kids become mature adults.

Once a month, set aside some time to go over the account statements with your child. Show them how their money has grown. This is also a great opportunity to explain the concept of compound interest and how banks work. You can also open a checking account when your child becomes a teenager. Age requirements vary, but you generally need to also be a joint account owner with the child. Make the effort and by the time they’re ready to take over the account by themselves, your child will already be comfortable with the idea of banking. That will be beneficial when it’s time for them to get their first job.

Explain Where Money Comes From

Along with teaching your kids about the function of money, it’s important to demystify it for them by explaining where it comes from. In an increasingly cashless society, this is a bit more difficult than it used to be. Most of our transactions now happen electronically, with no physical exchange of money. If your child sees you repeatedly making purchases via tapping a card — or even using your phone — don’t be surprised if they think you can buy whatever you want, anytime you want!

To counteract this, you’ll need to walk your child through how electronic transactions work. You also need to teach them where the money comes from in the first place. Explain that you get paid for the work you do. Then, that money is automatically deposited in your bank account. As financial expert Rachel Cruze explains, it’s important to teach your child that “money does not just come from mom and dad’s wallet.” As your kids get older, you can go into more detail about complex things. Start to explain credit cards, car loans, and interest payments. The main takeaway for them should be that money is a finite and valuable resource you work hard for. It doesn’t just magically replenish itself whenever you need some.

Although it’s something we talk about everyday in varying degrees, money is still a taboo subject for many adults. Whether it’s how much we have or our spending habits, it can be difficult to discuss money in an open and honest way. Even with those closest to us. According to a 2017 survey by T. Rowe Price, 69% of parents are reluctant to discuss financial matters with their kids.

While you should never fight about money with your spouse in front of the kids, avoiding the topic altogether can send the wrong message too. Children may internalize the idea that there’s something inherently bad or shameful about money. They can think it’s a secret, not to be discussed under any circumstances. That might set them up to have a poor relationship with their finances. It will be worse if the negative feelings extend into adulthood.

Don’t restrict the discussion to just the positive either. Roger Young, a senior financial planner at T. Rowe Price, recommends parents consider discussing “the good, the bad, and the ugly” with their kids. Survey results showed that kids who were made aware of their parents’ bankruptcy were twice as likely to say they were smart about money compared with those who weren’t (68% vs. 30%). It’s okay to tell your children that the family simply can’t afford that item or experience. At the end of the day, honesty is key. Use your best judgment.